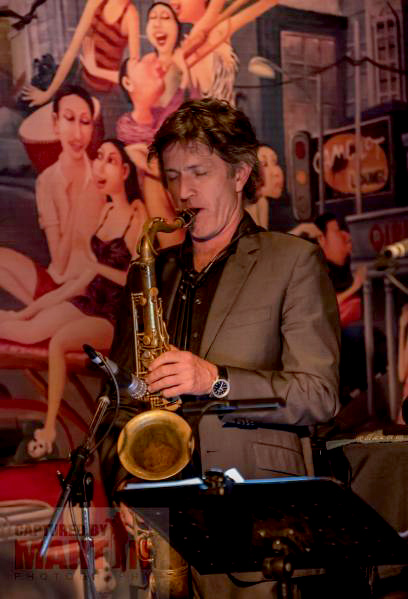 This gig will be Murray’s first featured outing on the tenor saxophone. It’s an instrument he has always loved and during the COVID lockdowns he found himself with the time and inclination to invest some time in the instrument.

Like many alto players, he had always been drawn to depth of the instruments legacy, having listened to more of that horn than the it’s Eb cousin. Having chatted with local legends such as Dave Theak and Dale Barlow, Murray felt it was an itch that the world shifting events of the last couple of years gave him an opportunity to scratch - no gigs, no deadlines, just lots of time in the woodshed.

With this gig, Murray will be exploring some of his original compositions through the new lens of the tenor sax, as well as the compositions of some of his idols, Joe Henderson, Sonny Rollins and John Coltrane. He will also play a couple of compositions by his seminal Australian influences; Bernie McGann and Dale Barlow.

All the music is in the hard-bop, post-bop realm and Murray is stoked to have this killer rhythm section with him on this new adventure. It promises to be swinging, loose and free.