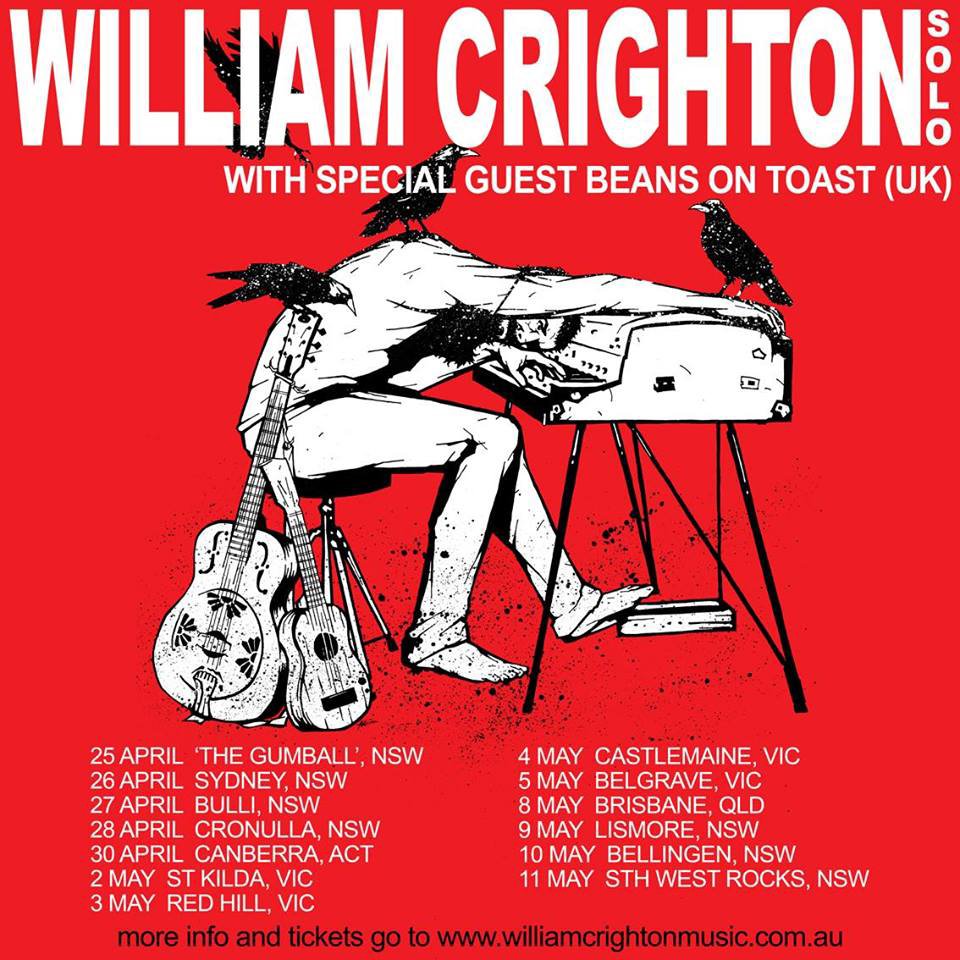 William Crighton embarks on his first headline solo tour throughout April and May 2019.

William says “This tour I will be on stage solo, telling some stories, sharing some thoughts and performing songs from both albums as well as airing some new material for the first time. This is my first headline tour performing solo and I've been putting a lot of effort into making it a memorable one for you. I'll be playing some keys and other various stringed things”. Obviously, I love the band and it will be a different experience not having them there this time but exploring, experimenting and peeling back the songs solo, finding out what can be conjured together with you in this format is an exciting prospect for me”.

William Crighton will be joined by UK artist ‘Beans on Toast’ who is a leading torch in the new wave of UK folk artists. The pair met whilst playing in the UK in 2018. William says “I met Beans on Toast in the UK at Boomtown Fair, I didn't see his gig there, but we caught up for a drink and had a great yarn. I saw his show at Edinburgh Fringe festival a week later and was a fan. He's relaxed, funny, serious and bizarre at the same time. If you haven't heard of him he's definitely worth a listen”.