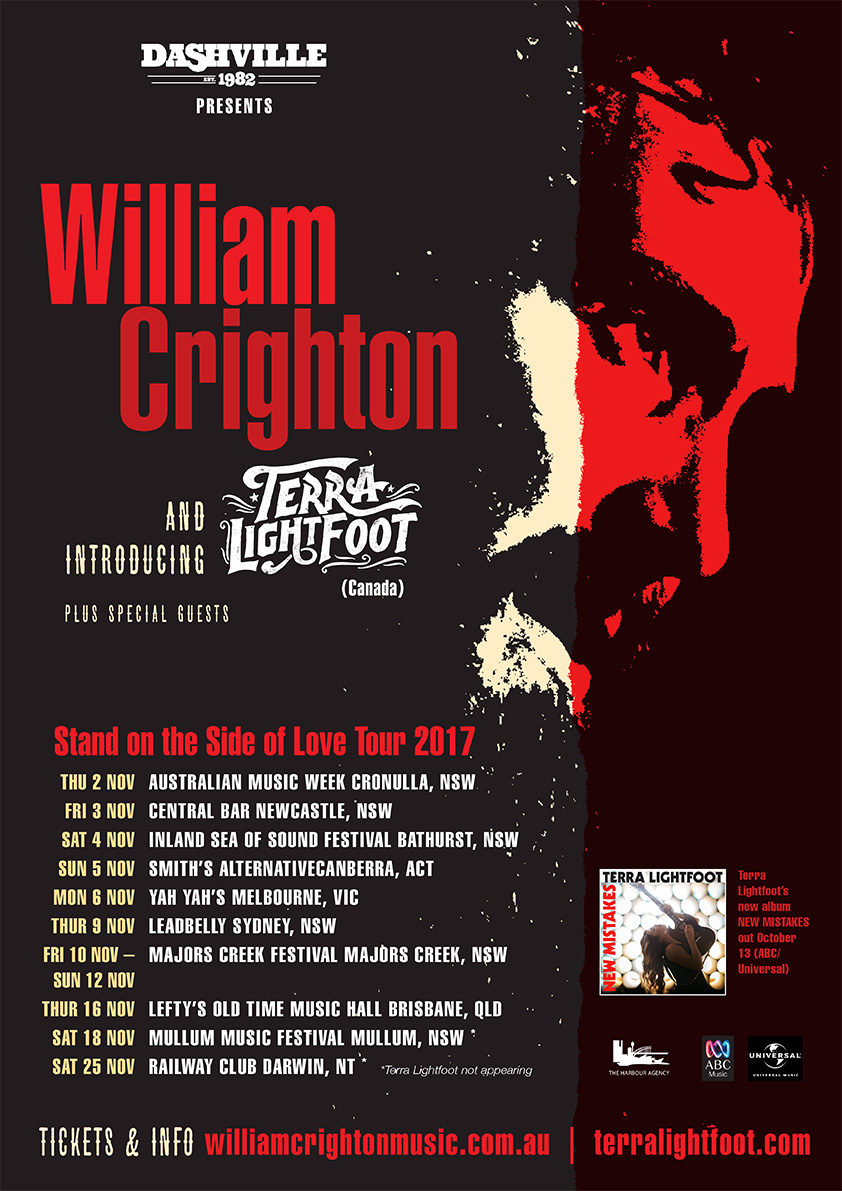 William Crighton
STAND ON THE SIDE OF LOVE TOUR

With a somewhat mythical presence, formidable performing artist and acclaimed songwriter William Crighton will hit the road with lauded Canadian singer-songwriter Terra Lightfoot in November for the Stand on the Side of Love Tour, and it shapes up as a meeting of two like-minded souls.

Crighton will unleash new music in a live setting before he heads back to the studio to continue work on his second album.

Lightfoot has created quite a buzz in her home territory of Canada. The soulful rocker and lion-hearted singer-songwriter will now make her maiden trip to Australia, having already found a following in countries such as France and the UK.

The Newcastle Herald "It would not be unfair to say Crighton's growing legion of followers come along for a near-religious experience...To say he’s capable of taking an audience to another level is not an understatement."

Pop Matters "A roots rocker with a powerful voice and a bad-ass Gibson SG that she plays with consummate ease… she could be your new rock ‘n’ roll hero. Drawing from rock, soul and blues, [Terra Lightfoot] is a monster talent."