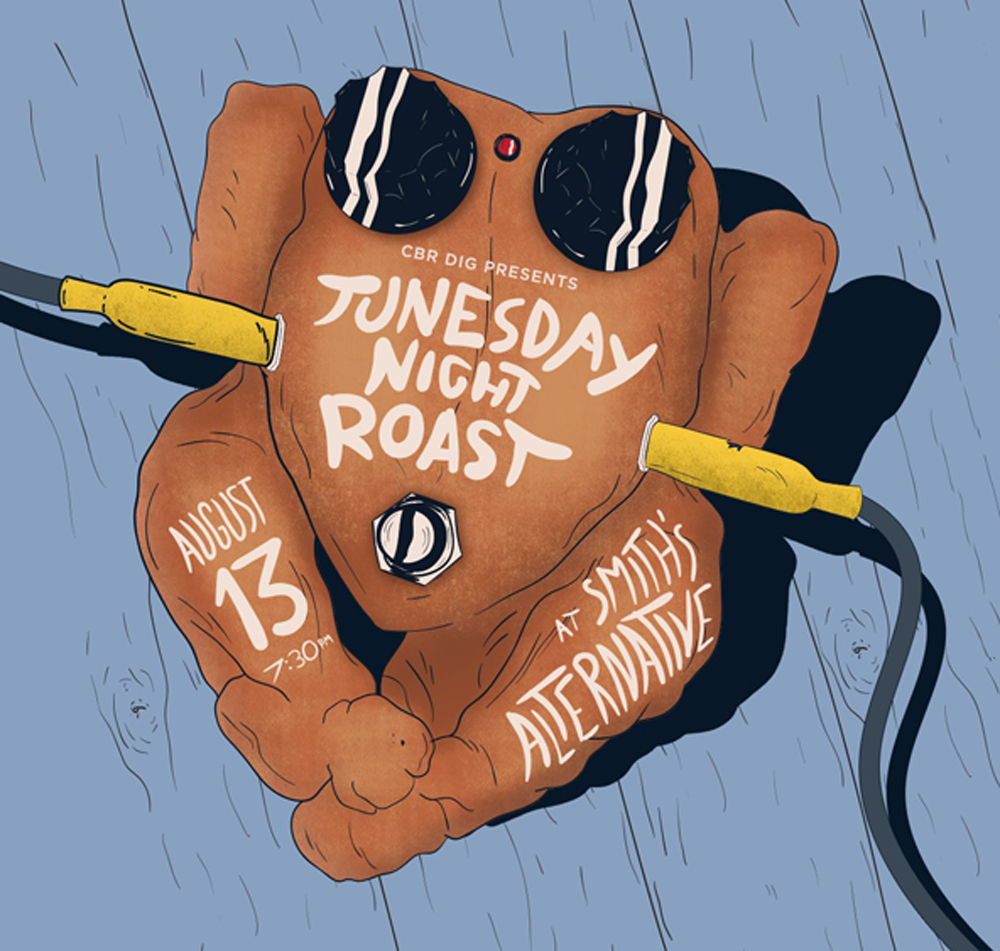 We're back with another CBR DIG Tunesday Night Roast at Smith's Alternative to please your appetite for some early week local live music!

This month we have The Differs, Jim Dusty, Sophie Edwards Music, and Powder Blue serving you some fresh sets!

The Differs have given the CBR scene a taste of our version of classic rock. With crunchy guitar riffs and catchy bass lines taking over your ears at every gig, they are a band thats not to be overlooked.
With influences such as Fleetwood Mac and Joan Jett, to Carseat Headrest and Bon Iver, their goal to bring back the classic style of the 1970s and twisting it to the modern world is becoming a reality.

Jim Dusty plays subdued and melancholic tunes. The intensity lies in the lyrics, focused on the financial struggles of life as a young member of the lower-middle class, drifting from withheld Centrelink payments to inconsistent casual work. His EP ‘Words of Prey’ is an honest and provocative testament, equal measures personal and universal, to the struggle between creativity and security that afflicts modern life.

Sophie Edwards is a Singer-Songwriter based in Canberra. She specialises in Contemporary and Jazz music, but loves all genres and features in electronic music.

Powder Blue started life as a solo project by front man Zack Jenkin & quickly morphed into a full band. Releasing their first demo in January 2018 they quickly made a name for themselves traveling the country playing shows. In March 2019 they released an EP 'Dandelion' and have been playing shows to support it since.