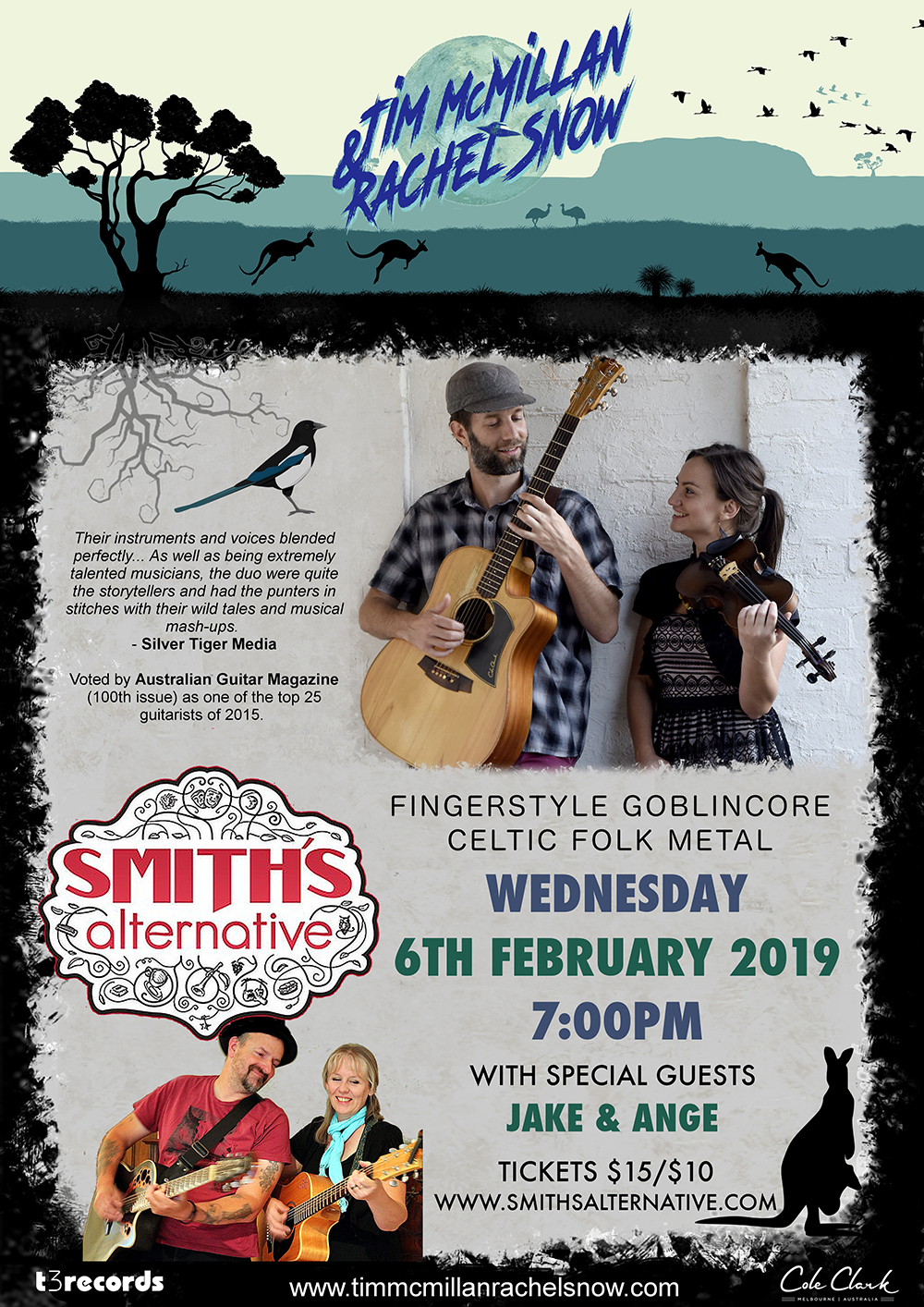 With special guests Jake and Ange.

Tim McMillan & Rachel Snow are a duo from Melbourne, Australia, currently based in Germany.

They entertain and delight audiences across Europe performing over 120 concerts each year. Tim is a percussive fingerstyle guitarist and outlandish yarn spinner and Rachel is an exceptional violinist and accomplice in Tim's whimsical narrative.

Together they perform a distinctive mix of styles including Celtic rock, folk, metal & jazz. Tim and Rachel's shows are filled with athletic guitar stunts, interwoven violin antics and a magical blend of vocals accompanied by hilarious stories of life on the road and tales from the Australian bush.

Apart from their own shows Tim and Rachel have toured with Ugly Kid Joe supporting them on European and Australian tours in 2016/2017. Tim and Rachel will also tour with Motorhead's Phil Campbell and the Bastard Sons as main support for their tour in Germany in November 2018.

The latest album from Tim and Rachel, 'Hiraeth', is a collection of instrumental pieces and songs composed & recorded while touring through Europe, U.K, Iceland, Japan and Australia. The album also features a variety of guest musicians from the rock world, including members of Motörhead, The Sisters of Mercy, Ugly Kid Joe and Mr Bungle.