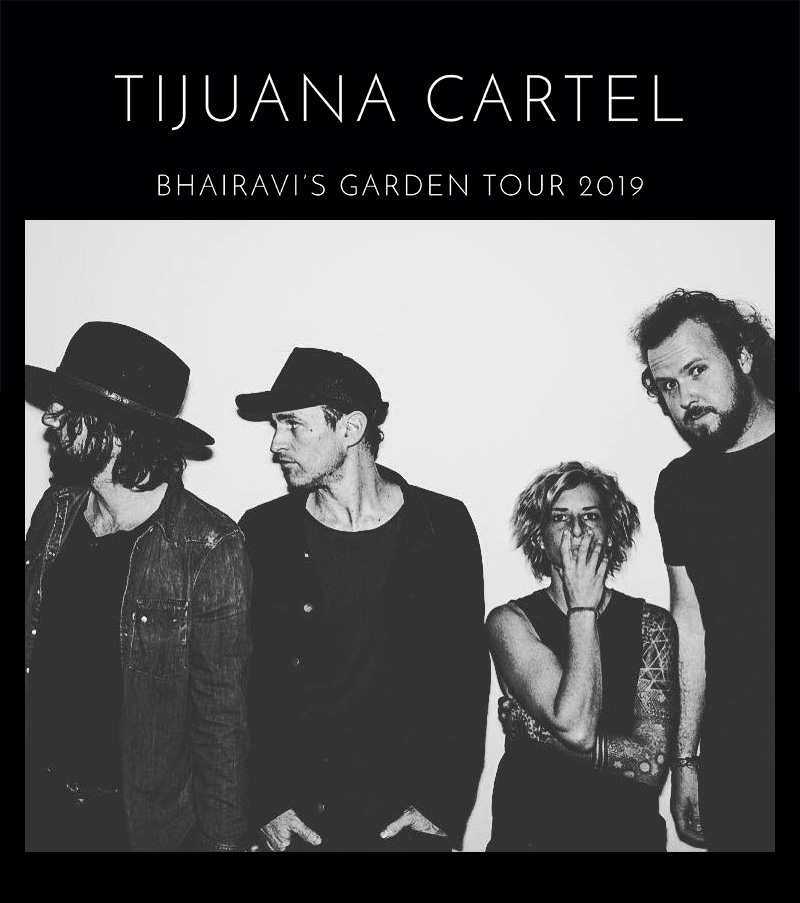 Tijuana Cartel are back on the road to promote their new Vinyl release “Bhairavis Garden’. Packed full of their epic quirkinesses. The band are on a winning streak of beats and dance floor bangers. With a massive 24 date Australian tour Tijuana Cartel are set to rock this long list of venues before they head off to Europe and Asia.

‘We are making better music than ever, and the new material has taken on a new life and feeling, everything is about movement’ Says Carey O’Sullivan, the bands producer and multi instrumentalist.

No one else does what they do, shredding Flamenco guitar, pulsating electronic beats mixed with Middle Eastern Percussion and soaring trumpet riffs.

This tour is set to be one massive party with a string of sell out shows, worth getting your tickets early!

New singles ready to drop, new merchandise, new flavours and their best live set to date. Set to be one massive year for Tijuana Cartel.

“There's really no one else doing their mix of eastern mysticism, world flavours and cutting-edge dance beats, certainly with as much flair.” Andrew Drever (Sydney Morning Herald)

“Wanna know how good this song is? When I played it on House Party SIA tweeted me wanting to know what it was?! Crazy! And well deserved.” Nina Las Vegas (Triple J Unearthed)