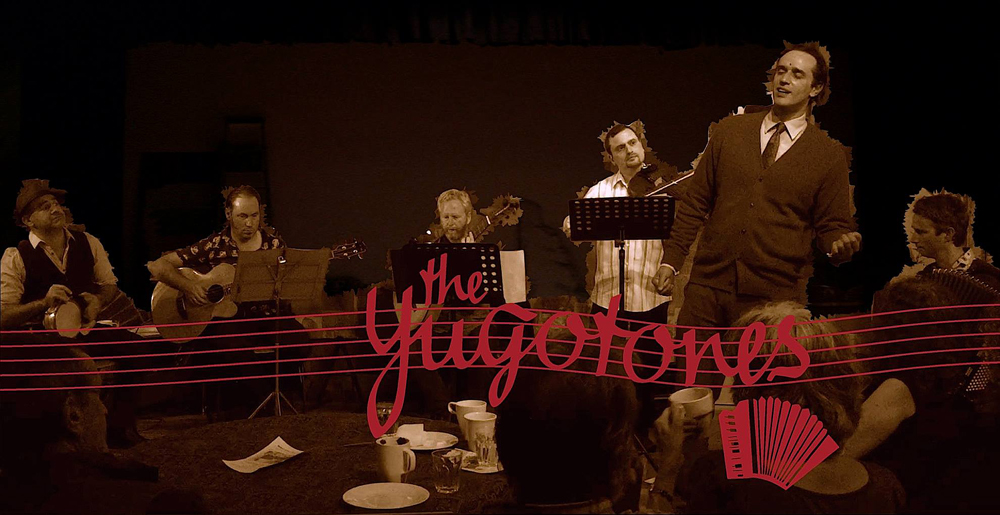 The Yugotones bring you the effervescent sounds of danceable Balkan folk music all the way from the 20th century!

Serbian, Bosnian and Macedonian songs and dances from the 50s, 60s, 70s and 80s are revived with the aid of the accordion, violin, guitar, bass, drums and darbuka for your listening and dancing pleasure. Traditional numbers made famous by legends like Nikola Badev, Himzo Polovina and Nestor Gabrić are performed alongside 70s and 80s newly composed hits by folk like Šaban Šaulić and Halid Bešlić.

First time in Canberra, The Yugotones will be joined by locals Super Rats (yes, a bilingual dad-joke pun on "supărați" = "the annoyed ones" in Romanian. You can stop chortling now). Featuring the mighty cimbalom (giant dulcimer) and the versatile talents of the Yugotones' Alister Gray on accordion, the Super Rats play classic songs and tunes from the gypsy neighbourhoods of old Bucharest.