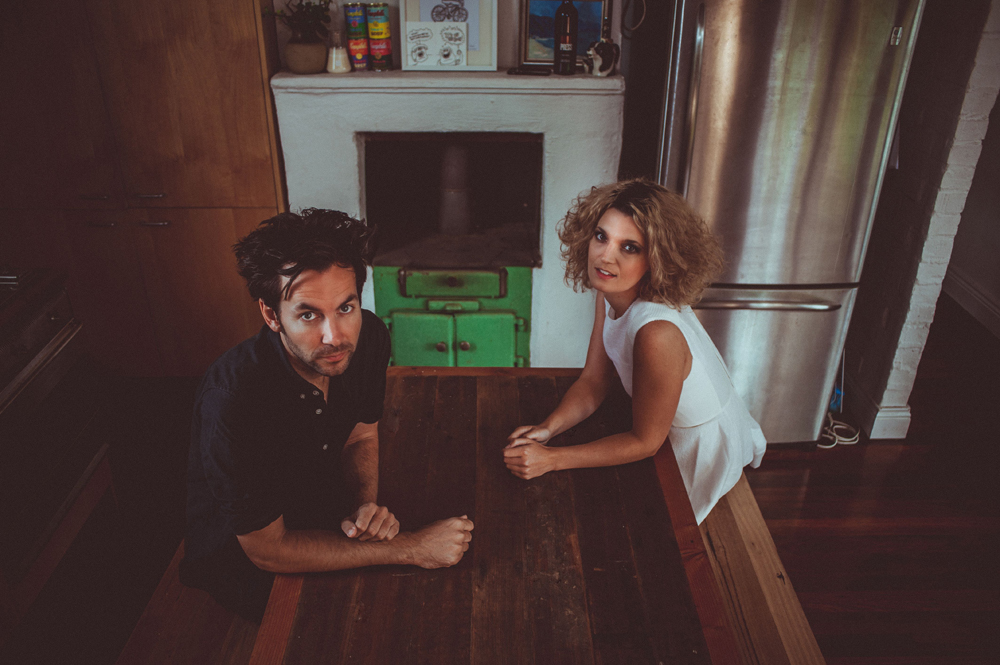 The Twoks
with The Lowlands

Xani Kolac (violin/vocals) and Mark Leahy (drums) from The Twoks have broken up.

The Twoks are a duo with an undeniable on-stage chemistry. That happens when you get up to have muesli together every morning and argue about whose turn it is to empty the dishwasher. But by the end of 2015, Xani and Mark decided to call it quits. The Twoks would go on, but their romantic relationship was over.

It is now 2017. Mark looks much better and Xani doesn’t bite her fingernails quite as much. Despite all the tinder dating, the awkward banter and the tears cried, The Twoks are more back together than ever before. The future is bright and the music is brighter.

The Twoks have spent the past twelve months working together on their much-awaited new EP featuring four tracks written post-split. The songs are deeply personal, but written collaboratively. You might even say it’s a bit awkward.

From the debris of a crumbling relationship, The Twoks 2.0 emerged. With an East Coast tour up ahead, new music and a new show, audiences can expect ABBA covers, awkward stories and that special glow every one gets when they’re newly single.

The Twoks are a Melbourne-based drums and violin duo, featuring Xani Kolac and Mark Leahy. The duo play epic, layered instrumentals and danceable pop songs using live looping and electronic effects pedals. The Twoks have toured to NYC, Edinburgh Fringe Festival and Canada and have performed at The Falls Festival, DARK MOFO, St Kilda Festival, Melbourne Festival and at pubs and clubs across Australia.