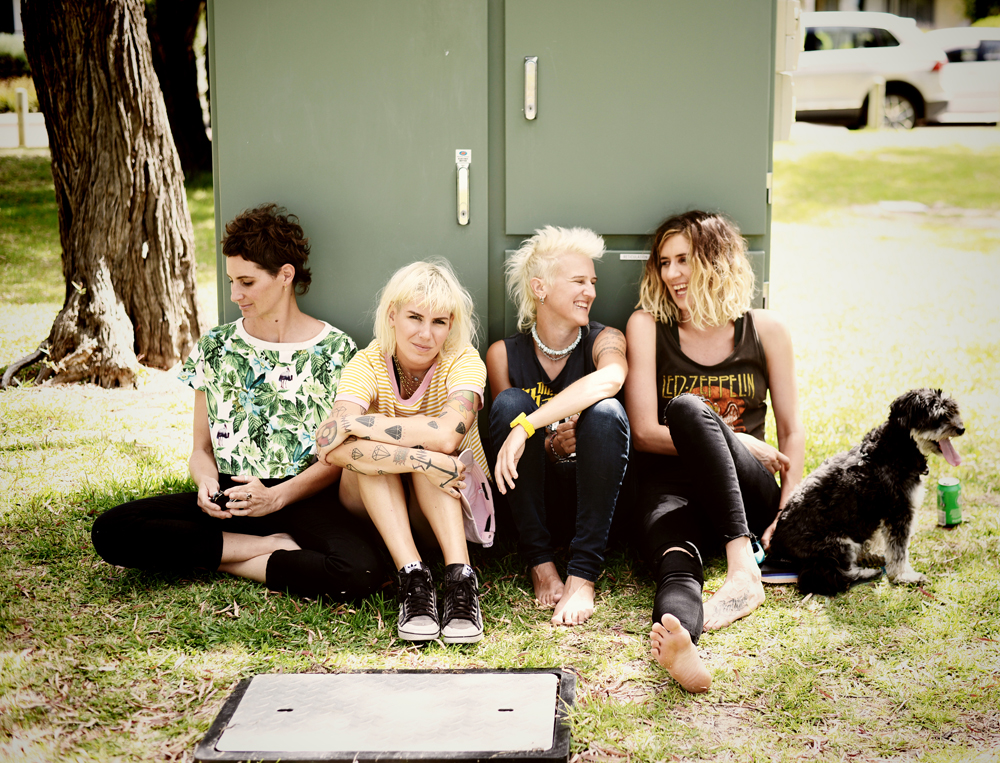 A fierce femme-fatale foursome with a knack for picking the shittest camper van to tour in; The Tommyhawks are a loveable rogue of a band who will intoxicate your every sense and leave you wondering whaaaat?!

An unassuming scruffy bunch with a penchant for dogs, chooks, the beach and pizza; don’t be fooled by their chilled demeanor; once they hit that stage; these girls play hard. A fierce femme-fatale foursome with a knack for picking the shittest camper van to tour in; The Tommyhawks are a loveable rogue of a band who will intoxicate your every sense and leave you wondering whaaaat?!

Perhaps it comes from all their time on the road sharing toothbrushes and tinnies; but there’s a magic that happens when these women let loose on stage that’s earned them a reputation of being one of the best live acts in Australia.

Renowned on the west coast for their super-tight, explosive live shows; they’ve got 30 festivals under their belt; more than a dozen ventures to the east coast, 3 EPs; 2 WAM song of the year nominations, and are finally releasing their debut Album “Underground Raptor” this March.

Their alt-pop style draws from the band’s diverse background and the result is a raw, and powerful album; ‘Underground Raptor’. Lyrically, there’s a whole lot of anxiety going on; but don’t be put off by the panic; such of is the nature of the band’s playful song-writing that the rest of the band were initially oblivious to the lyrics (observant bunch they are - hence why they’re in the album sleeve this time). Themes range from Addison’s personal brand of black mirror paranoia, social media apocalypse; and general doom. This the girls did their best to convince her that “anxious 1” “anxious 2” “anxious 3” and so on were probably not the most alluring song titles.

“The Tommyhawks are a band on the rise…Their songs are infectious and well written. They can be airy, spacey and all noise. They can be dirty, emotive, and straight up rock. These girls have it all and talent to burn. Four complete individuals that effortlessly come together as one on stage. A must see.” – The Rockpit