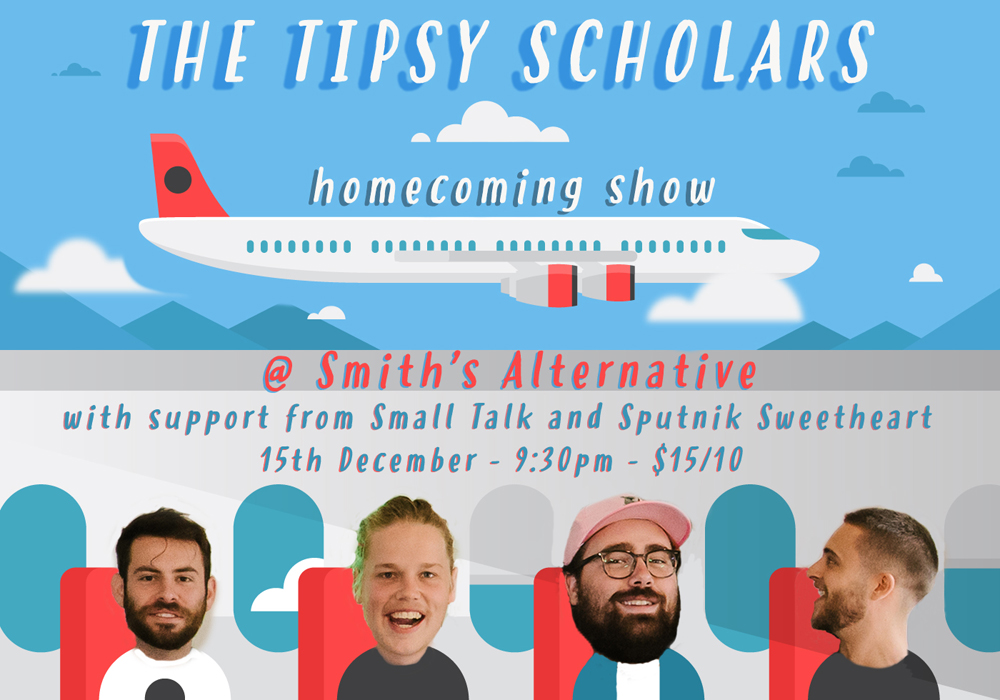 This summer Saturday evening will be the indie folk band's first show back home since their debut international tour. Joined by emerging homegrown talents Sputnik Sweetheart and Small Talk.

This will be the indie folk band's first show back home in Australia, since leaving on their debut international tour to the UK & Ireland in August and September earlier this year. With the last of the Scholars set to touch down in early December, band members, friends and fans alike will be celebrating together in what will be a musical reunion that cannot be missed.

Joining The Tipsy Scholars on this summer Saturday evening will be emerging home grown talents Sputnik Sweetheart and Small Talk Both band's have made an incredible first impression on the Canberra music scene and will certainly be worth coming down early for!