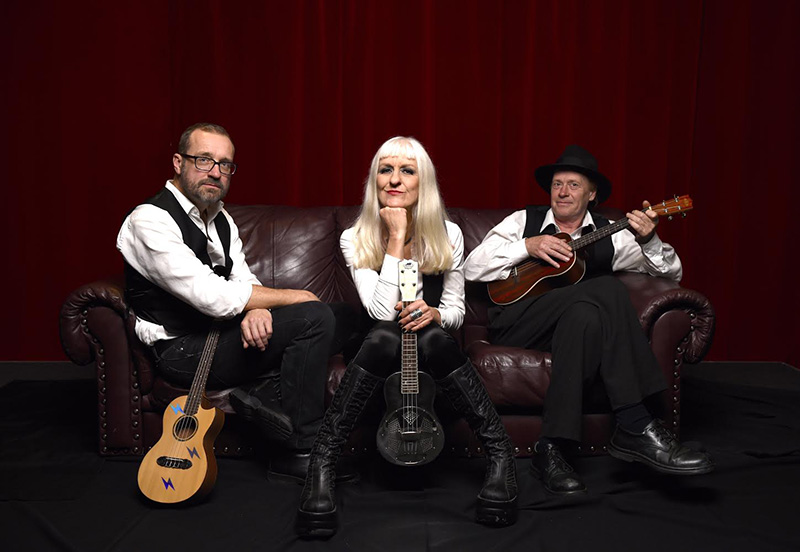 The songs of David Bowie in lovingly handcrafted arrangements for three precision ukuleles.

Weaving pure magic with tiny strings, Betty France, Michael Dwyer and Robert Stephens have made jaws drop and crowds swoon from Melbourne Recital Centre to the Brisbane Powerhouse, Port Fairy Folk Festival to the Adelaide Fringe Spiegltent, and from the pubs of Perth to the speakeasys of China.So put on your red shoes. They’ll be floating in a most peculiar way.

“I was singing along like a lovesick teenager”— Kate Ceberano

"You’ve never heard Bowie quite like this.”— Time Out Melbourne