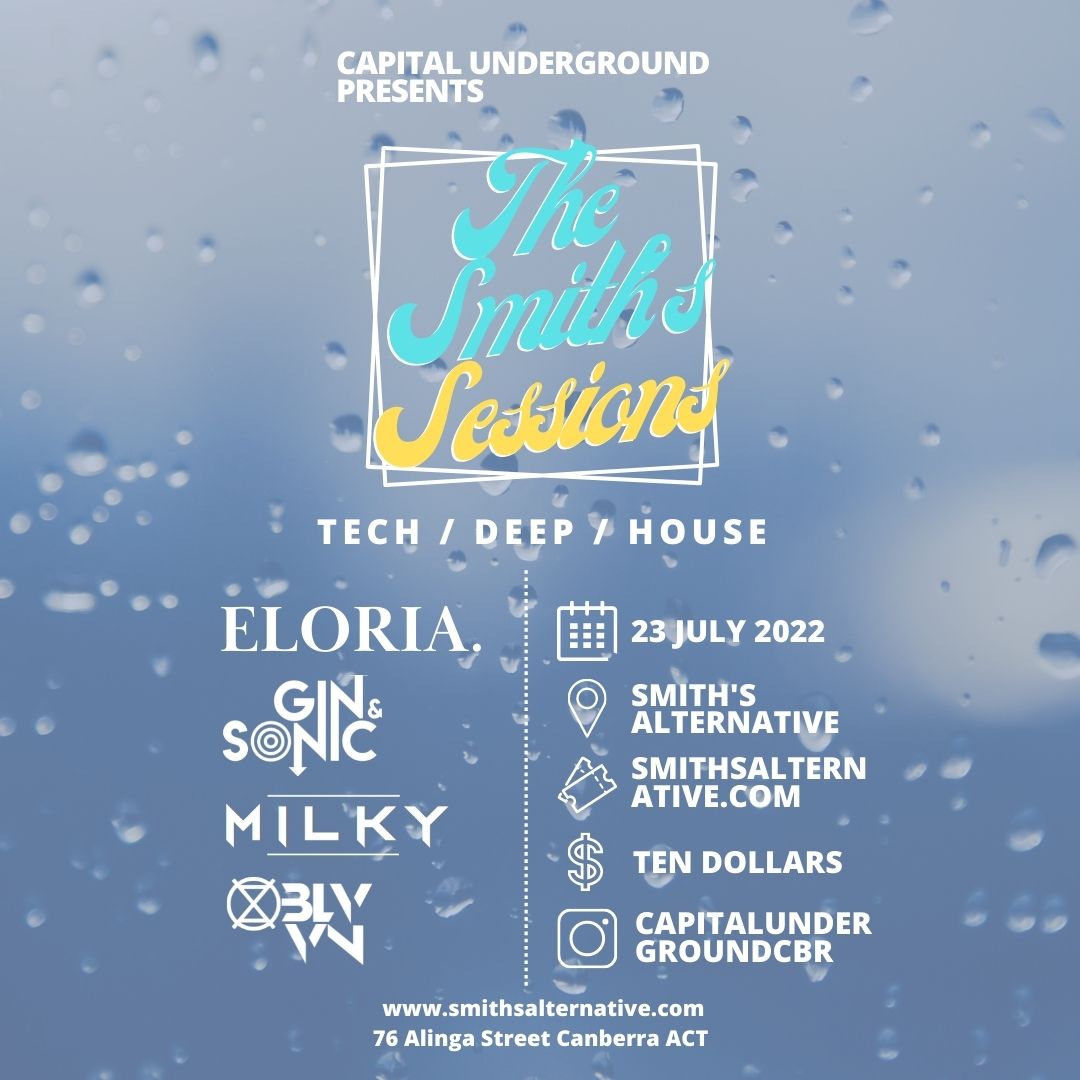 Capital Underground are proud to present a night of tech/deep/house - feat. Eloria, Gin and Sonic, Milky and Oblvvn.

Forget the nightclubs - get up close and intimate with some of Canberra's best up-and-coming DJ/producers at Smith's Alternative.

Eloria
Eloria has been grinding in Canberra's underground dance scene for the past four years, dishing out some of the best EDM and house in the country. Eloria's passion for music is only rivalled by his energetic live performances. He is not to be missed.

Gin and Sonic
Resident at Canberra's best known nightclub, Gin and Sonic has fast built a reputation as a go to party DJ.
Inspired by artists such as Don Diablo, Mike Williams, Mesto, Dropgrun and Retrovision - he loves everything future and house.

Oblvvn
A relative new-comer to the scene that has already locked down a residency at Canberra's best known nightclub. Oblvvn's skill and versatility behind the decks can see him get a party started in any setting.

Tickets are a steal at only $10. But with limited capacity, you better get in quick.