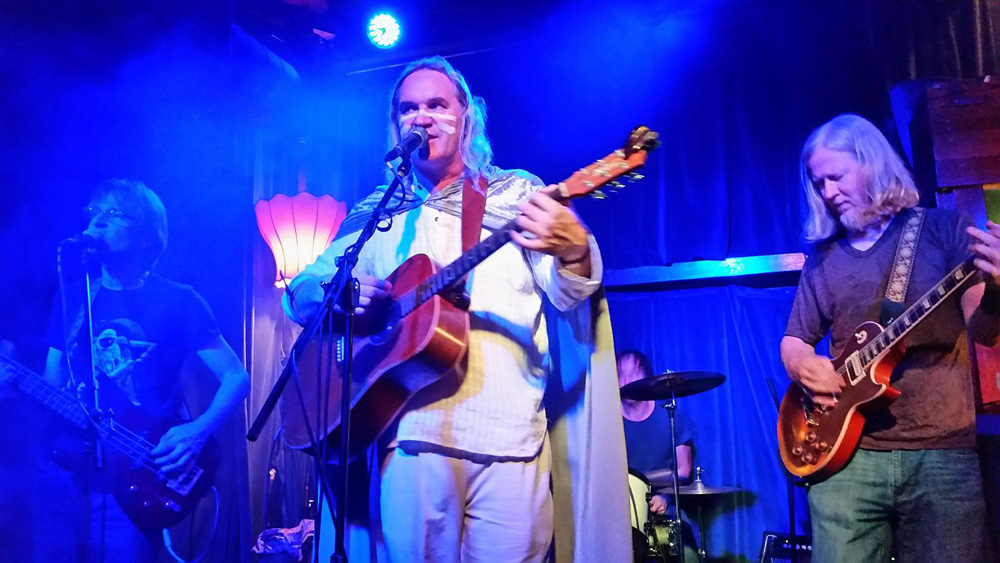 The Magic Rob Universe Karaoke
with Nozl, Jason Recliner and...

Magic Rob is sick but you can be Magic Rob in his stead.

Magic Rob has tragically come down with a mystery trans-galactic pathogen of some sort and very sadly won't be able to appear, however the community has banded together, we've hauled in Jason Recliner to play a set, Nozl are still on board and, most importantly, the Magic Rob Universe band are still coming and we're offering audience members the chance to sing any of Magic Rob's songs in front of the band. Comment below if you'd like to participate. There will be a rehearsal/cribbing opportunity for any prospective singers between 4-6pm prior to the show. And there will be prizes for the best Magic Rob lookalike costume effort (a copy of Magic Rob's Rockumentary DVD - must see tv!). BYO capes.

"Magic Rob" had been performing around Canberra as a solo act for years until his magic orb resonated with guitarist Mystical Nath. With their combined powers they cast a spell on audiences and then upon Glen and Dave, who to this day have no idea how they ended up in the band. ‘The Magic Rob Universe’ is quickly gaining momentum and perfoming Magic Shows for "kids" of all ages who like their rock to be a blend of hard edged guitar riffs/solos and fantastical lyrical journeys to another realm.