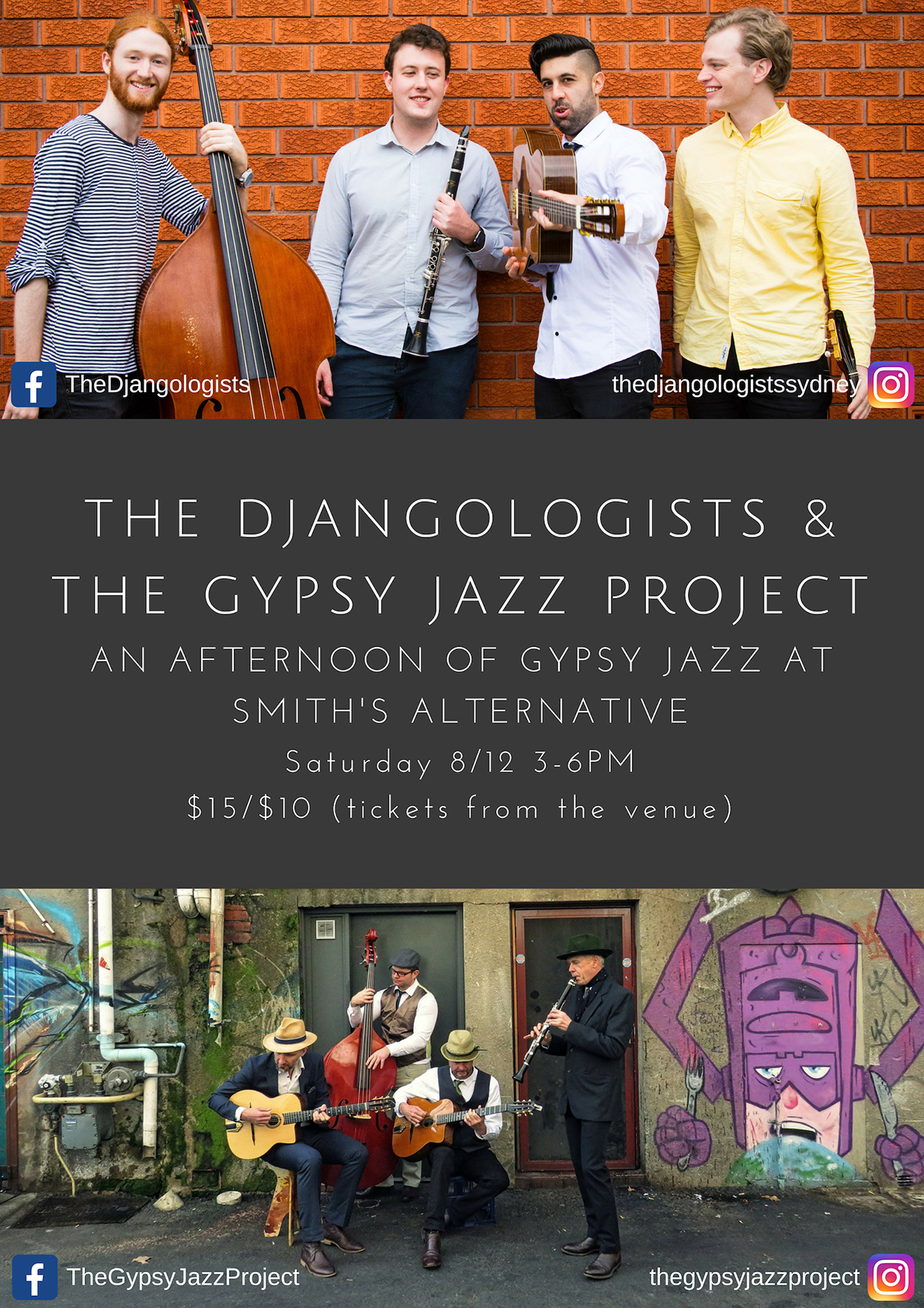 The Djangologists
with Gypsy Jazz Project

The Djangologists are a quintet that performs music inspired by Django Reinhardt while adding their own twist. You'll hear everything from blistering fast tunes to velvety ballads as they aim to get the audience on their feet

The Djangologists were formed in 2014 by Chris Higgins (clarinet/saxophone) and Hamish Reid (guitar). They are a quintet that performs music inspired by Django Reinhardt while adding their own twist!

Performing throughout NSW and interstate supporting some of the best local acts including Gadjo Guitars, Baltic Bar Mitzah, Devil On The Rooftop and The Gypsy Jazz Project (Canberra). The Djangologists have been busy touring in 2018 and are currently working towards recording their debut album.

You'll hear blistering fast tunes to velvety ballads and everything in between. They're always having fun on stage and aim to get the audience on their feet with them!

The Gypsy Jazz Project is a Canberra based quartet playing Gypsy Jazz in the style of Django Reinhardt who was a Romani French jazz guitarist and composer, regarded as one of the greatest musicians of the twentieth century. Gypsy Jazz mixes up jazz tunes, pop songs, classical melodies, Russian waltzes and Romany folk tunes in a frantic, dynamic attack that is made for dancing.