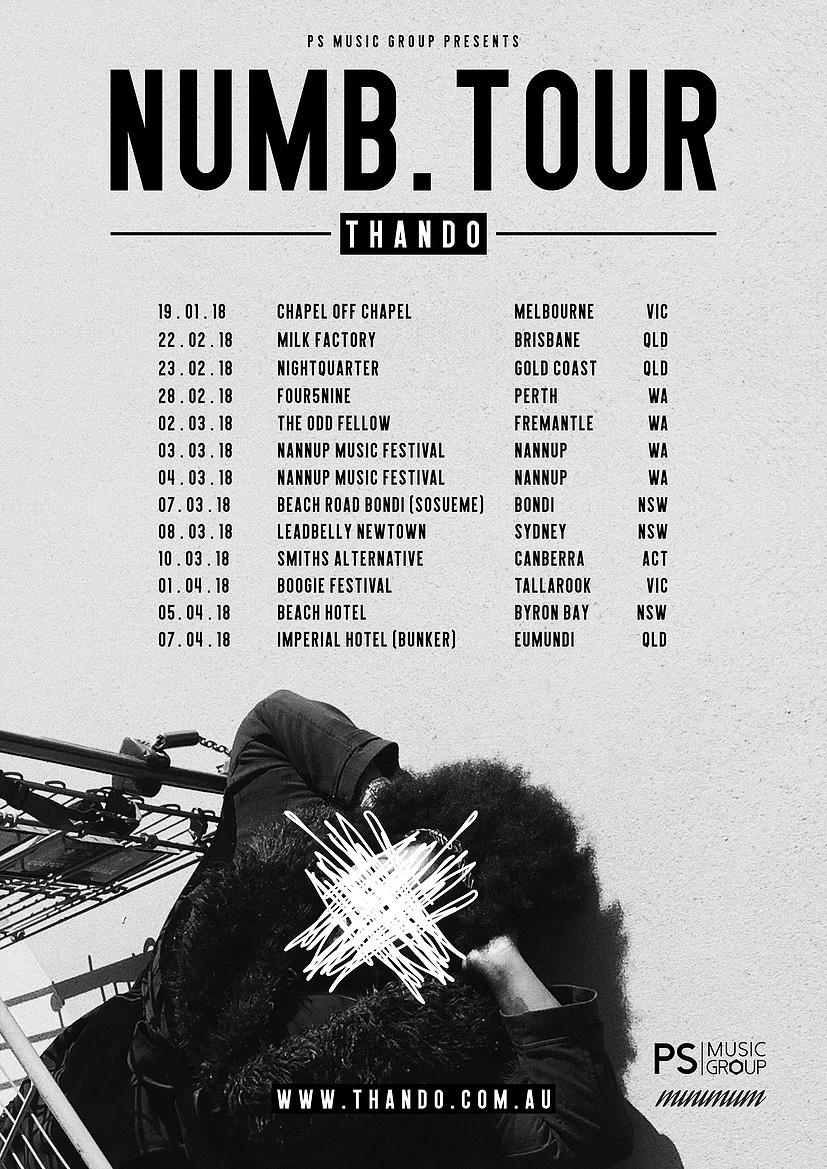 In her first collaboration and with one of the fastest-rising Hip Hop acts in Australia, Zimbabwean born Thando has released her brand new single ‘Numb’ ft Remi to coincide with her upcoming National ‘Numb’ tour Feb – April 2018.

Thando Explains “Numb is a song written about my experiences trying to confront feeling ostracized. Lyrically, I took the approach of having to be wasted to get along with people I have nothing in common with (and we’ve all been there). On a personal level however, I’m addressing being an ‘African Youth’ who has grown up in Australia. Topics concerning ‘belonging’ and ‘race’ have been focused on by mainstream media, (especially as of late) and this had me reflecting on my place in this country and where I truly belong. The title references the struggle of realizing how displaced I feel when I’m being my truest self, instead of a watered down version that’s easier to get along with… and in turn, numbing myself to how hard it actually is to do that.

My hope is that taking this track around the country will start a conversation amongst listeners and their peers about the difference between tolerance and acceptance, and how psychologically taxing it can be as a minority to have to assimilate.”

The now Melbourne based artist has made waves not only in the Aus music scene but with an epic Australian theatre debut in 2015 taking on the role as Effie White in StageArt’s Dreamgirls. Subsequently, Thando continued her run at theatre the following year with her role as Shug Avery in a sold out season of The Color Purple; alongside the release of her debut EP ‘Digital Love Letters’ clocking up airplay around the country on Triple J, Double J and National Community Radio.

A seasoned performer, Thando has shared the stage with Australian acts such as Sampa The Great and Remi, opened for Maxwell at the Palais on his Black Summer Nights Tour with DJ MzRizk, performed a pleather of festival shows including Strawberry Fields in 2017 along with her annual hometown and historically sold out Melbourne performances at Chapel Off Chapel.