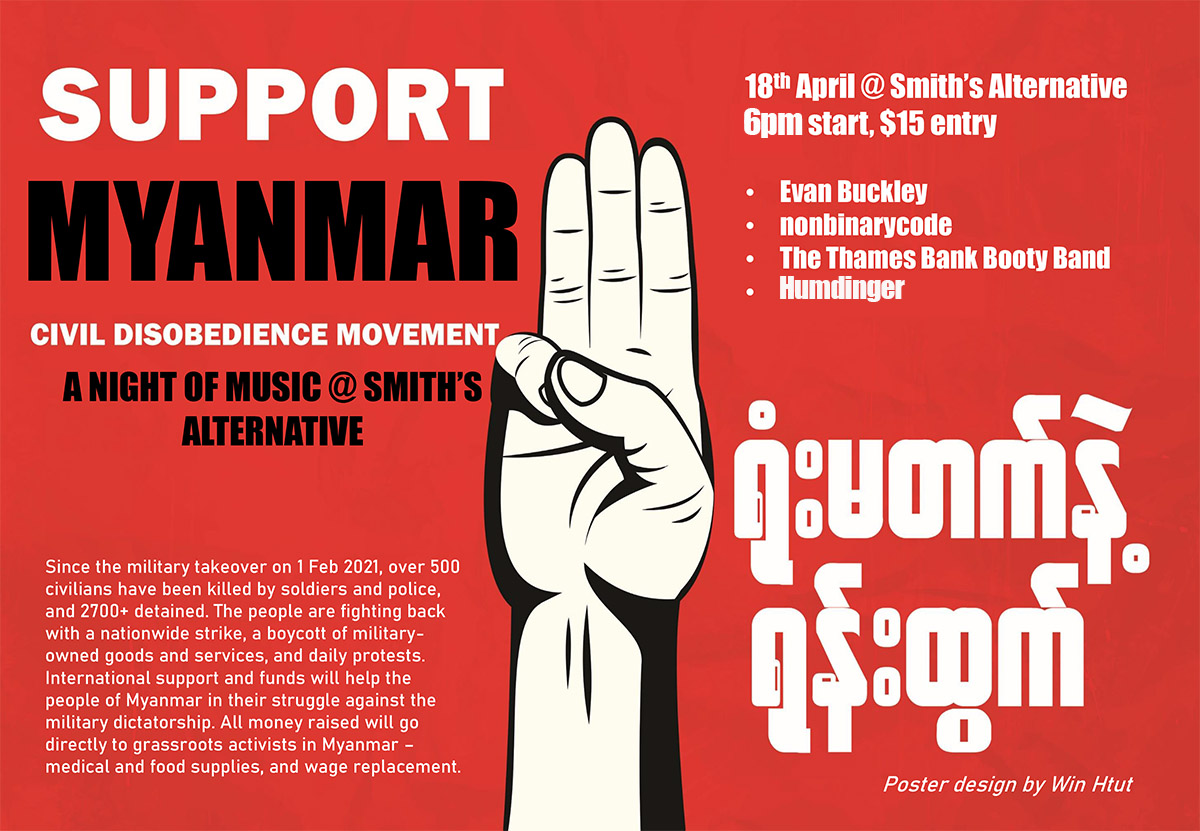 A Night of Music @ Smith's Alternative in Support of the Myanmar Civil Disobedience Movement:

Since the military takeover on 1 Feb 2021, over 500 civilians have been killed by soldiers and police, and 2700+ detained. The people are fighting back with a nationwide strike, a boycott of military-owned goods and services, and daily protests. International support and funds will help the people of Myanmar in their struggle against the military dictatorship. All money raised will go directly to grassroots activists in Myanmar – medical and food supplies, and wage replacement.