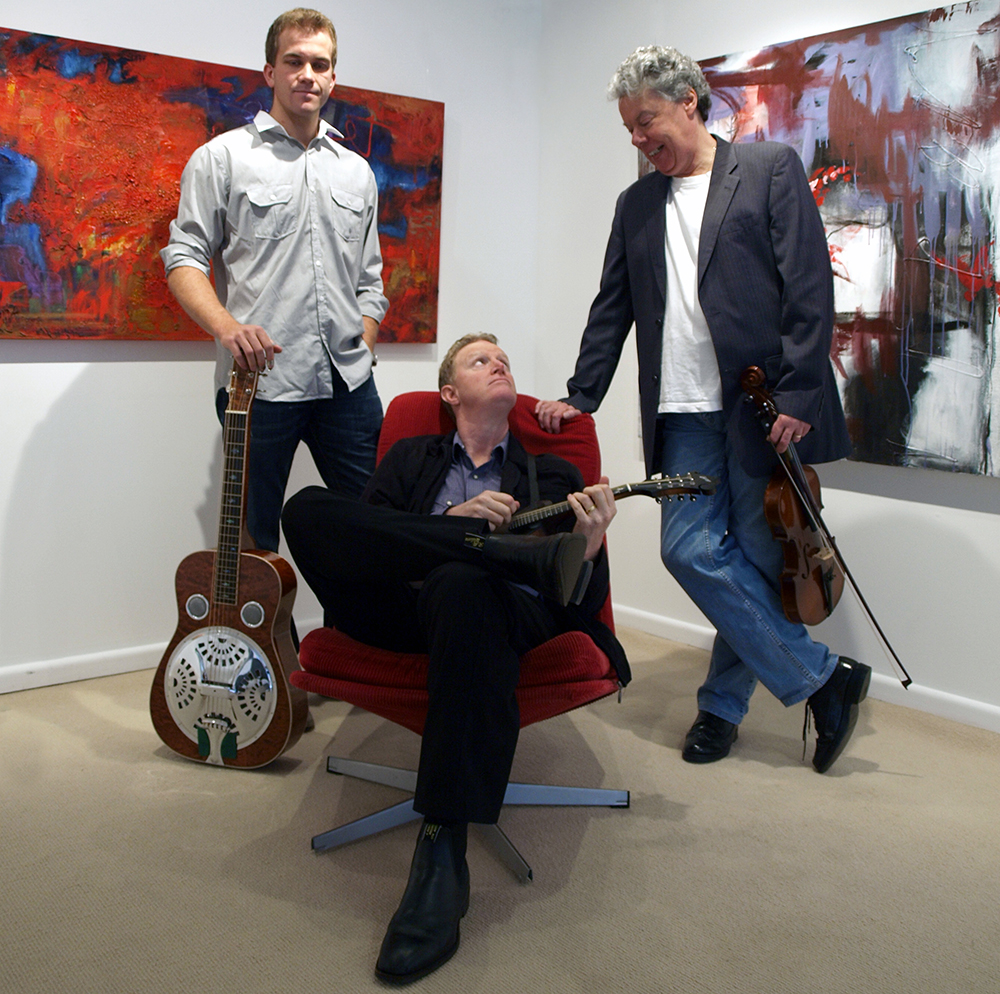 String Theories could be described at times to be equal parts folk, bluegrass, classical or jazz but their musicality stretches far beyond. Opening the night are Folk/Americana duo Cielle Montgomery and James Church.

String Theories are composed of James Church (dobro/vocals), Glenn Skarratt (guitar/mandolin/vocals) and Simon Watts (Fiddle/Viola). Their music is built around the folk and bluegrass sounds inherent in their instruments, but their musicality stretches far beyond. Their genre could be described at times to be equal parts folk, bluegrass, classical or jazz. String Theories have appeared at Mountaingrass in Harrietville, the Blue Mountains Folk Festival, Dorrigo Folk and Bluegrass Festival and the Winter Magic Festival.

Opening the night is Montgomery Church. Hailing from Cooma, NSW, Cielle Montgomery & James Church are a Folk/Americana inspired duo fast becoming known for their captivating stage presence and ability to move audiences with their powerful harmonies, skilful acoustic instrumentation on dobro and acoustic guitar, well-crafted original songs and undeniable chemistry. Influenced by greats such as Gillian Welch, Dave Rawlings, Tim O’Brien, and Patty Griffin, this is a musical pairing not to be missed.