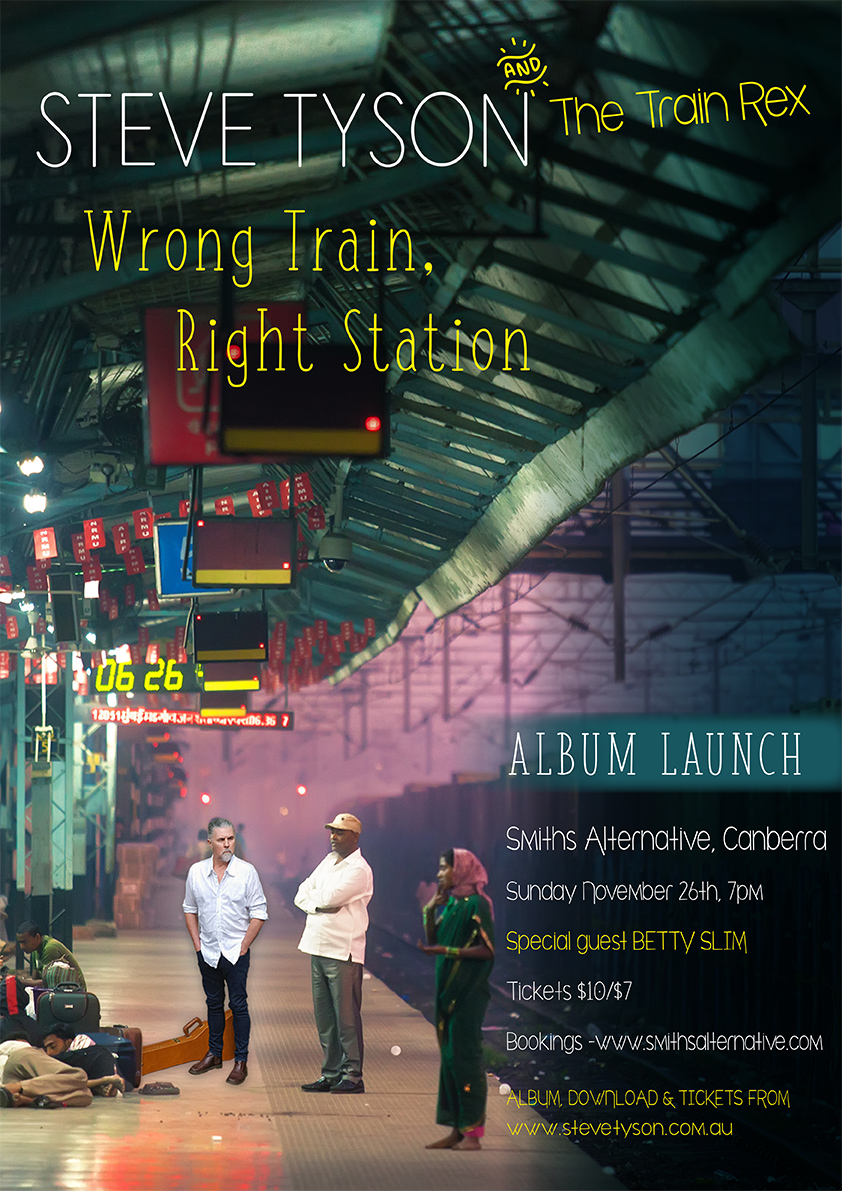 Steve Tyson and the Train Rex
with Betty Slim

Steve Tyson does darkness very well with regret-tinged songs of missed chances and jealous-rage murder tales. This album shows Tyson at his poignant best, but there is always plenty of grit in the musical delivery here.

Songwriter Steve Tyson does darkness very well with regret-tinged songs of missed chances and jealous-rage murder tales, but on his third solo album WRONG TRAIN RIGHT STATION, he balances these with songs with a twinkle in the eye or tongue in cheek.

Tyson has not had the same profile as other chroniclers of the Australian experience like Shane Howard or John Schumann, but the tracks on this new record reveal a master song craftsman with a nuanced lyrical touch and strong melodies. Although best known for his work with Brisbane folk-rock band Rough Red, Tyson has released two critically acclaimed solo albums prior to this new release, both scoring 4 star reviews in the national music press. On this new set, his gruff voice and superb guitar work - he plays every note on this album - suit his songwriting style well.

WRONG TRAIN RIGHT STATION shows Tyson at his poignant best, but there is always plenty of grit in the musical delivery here. Nothing is over-polished, but these are songs that are built to last. He is joined on tour by his band The Train Rex, featuring John Barr on bass, Andy Kirkcaldie on drums, and Ian Shawsmith on guitars.

Betty Slim is a pub-folk band worth more than the sum of its parts. The singer-songwriter front man's acoustic guitar and harmonica set the tone, but the lead guitarist has a bunch of loop pedals and a penchant for distortion that take things up a notch. The drummer likes to dance to hip hop and hopes you do too. The bass player has dreadlocks, raps, and loves reggae, while the vocalist, a woman, sings soul and gospel. Add it all together and you’ve got a unique sound that’s hotter than climate change.