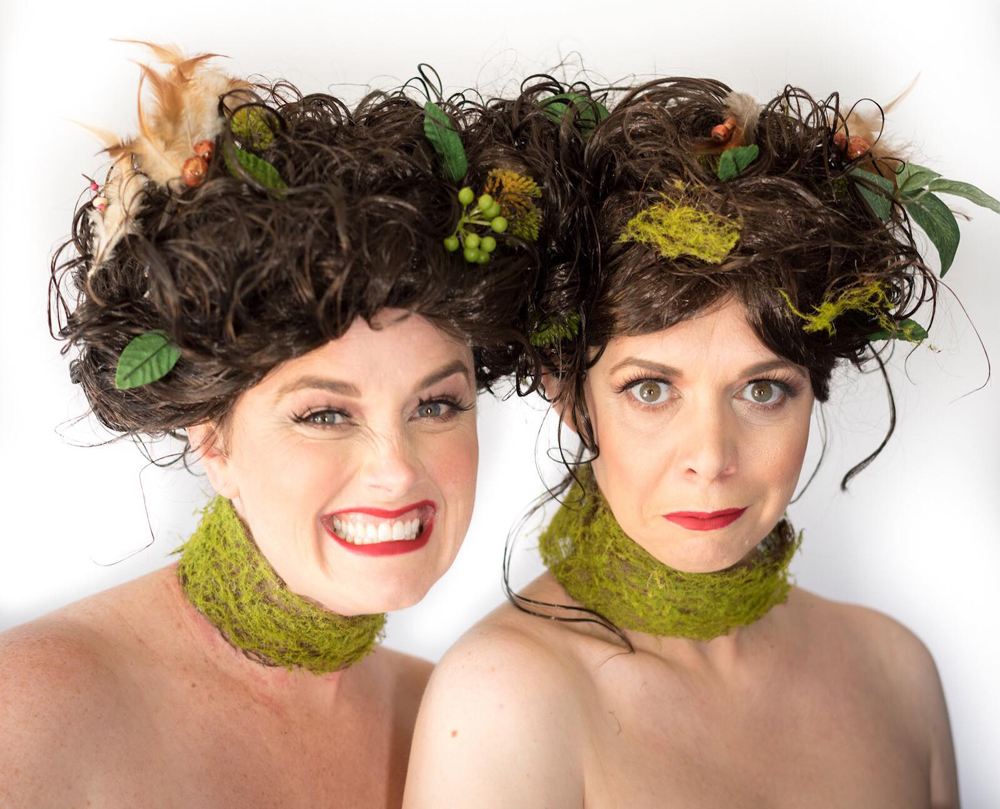 Sparrow-Folk are the only band in the niche music genre, glam-folk. The deceivingly sweet, Canberra-based comedy/folk duo are jaw-droppingly naughty.

The Aussie sirens of satire are back with a gut-bustingly hilarious new show. Following sell-out shows at Edinburgh Fringe and across the country, Sparrow-Folk return with a fresh, sexy, satirical songfest. Their laugh-out-loud music has transformed the face of musical comedy in Australia.

The deceivingly sweet pair are jaw-droppingly naughty - it's Kath & Kim on citric-acid. A musical comedy smash hit... an absolute delight" (Broadway Baby)
“Not to be missed" (TheAdvertiser).
"Gut-bustingly hilarious." (Australian Theatre Guide).
"Funny, intelligent and sweetly sexy, Sparrow-Folk are one pair of birds that will warm your heart and gently make you think." (Buzz-Cuts)

As seen on ABC TV, Channel 9, Channel 7 and featured on BBC Radio.