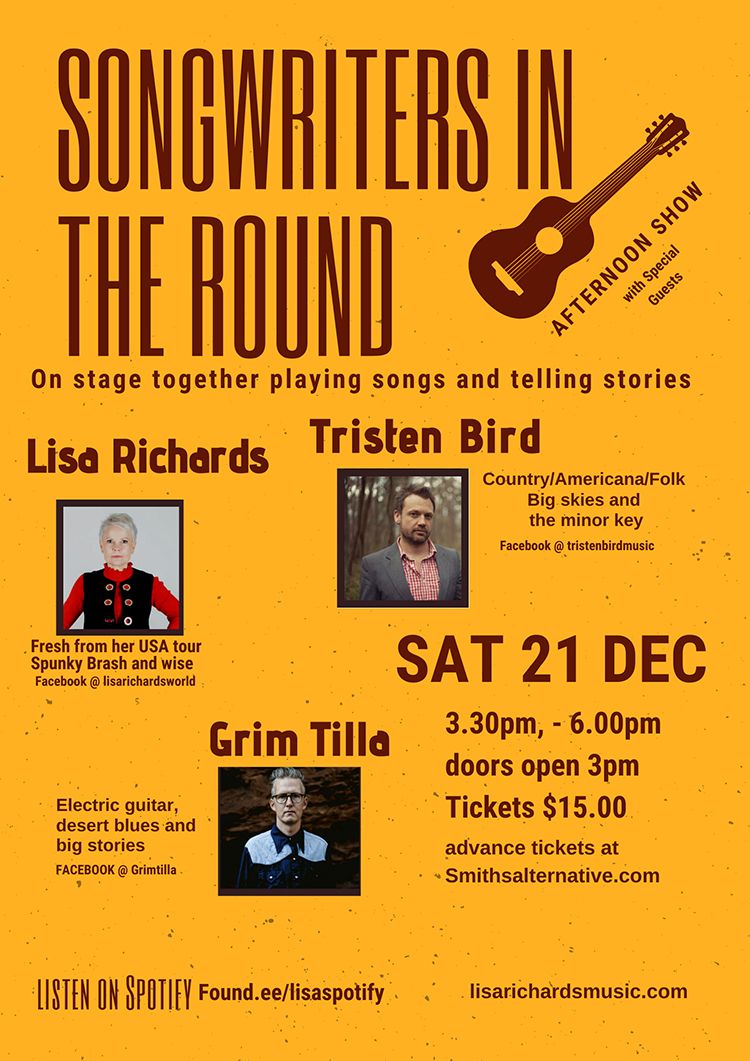 Songwriters in the Round

3 songwriters on stage together, sharing their songs and stories.

3 songwriters on stage together, sharing their songs and telling the stories behind the songs.

Lisa Richards: Canberra based songwriter Lisa Richards is fresh from her solo USA tour and the recording of her 7th album in Brooklyn NY. Her songs are a melting pot mixture of jazz, folk, blues, pop, rock and country.

Emily Ritchie of The Australian calls her “a simple yet powerful songwriter who has beautifully encapsulated the intricacies of the human condition”.

Grim Tilla: Set to the rhythmic tapping of his foot, Grim Tilla's electric guitar playing incorporates jazz-like turnarounds, the drone of Saharan desert blues and enough space to accommodate the big stories inspired by his years living and travelling the vast and varied landscapes of Central Australia.

“This is one of those tunes where I don't know if I have been listening to it for one second or one decade it just seems like it could play in my mind forever - I really love it!” Nkechi Anele, Triple J

Tristen Bird: With three extensive Australian tours under his belt, national airplay, a distribution signing to MGM performances at The Americana Music Fest in Nashville, South Australian Tristen Bird is making a stop in Canberra.