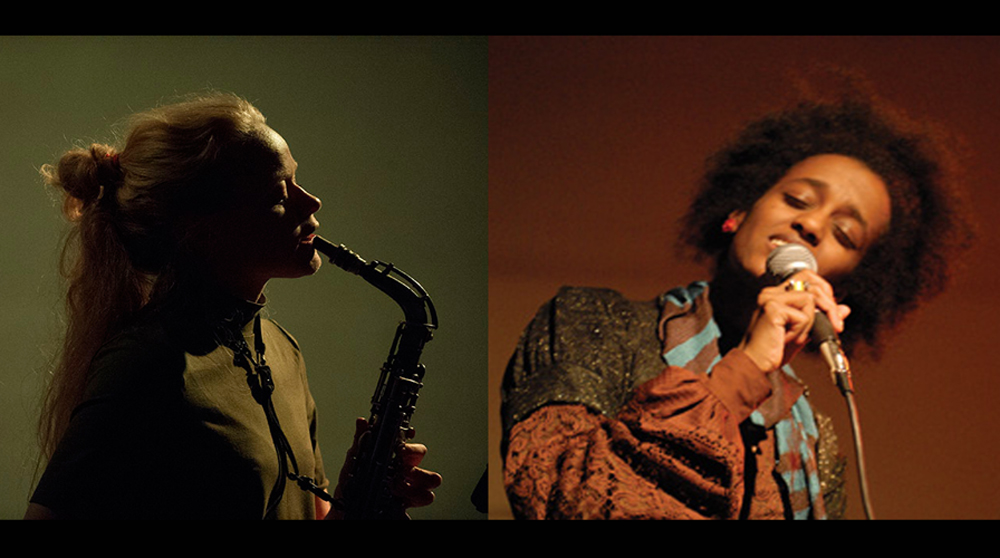 Prior to the SoundOut Festival, Swedish singer and composer Sofia Jernberg and Danish saxophonist Mette Rasmussen to perform their duo in Canberra as part of their Australian tour.

As an adjunct and prior to the SoundOut Festival, the brilliant Swedish singer and composer Sofia Jernberg and Danish saxophonist Mette Rasmussen will perform their duo in Canberra as part of their Australian tour and if you have ever heard anything of the Fire Orchestra you know we are in for a treat.

In addition to this brilliant duo, EMSC trio will start off the evening featuring improvisers Rhys Butler on saxophone, Richard Johnson on wind instruments and Paul Heslin on electronics.

Sofia Jernberg is a Swedish singer and composer, born in Ethiopia in 1983, and raised in Sweden, Ethiopia and Vietnam. One of Jernberg's deepest interests as a singer is to develop the “instrumental” possibilities of the voice. Her singing vocabulary includes an array of techniques that push beyond the conventions of Western vocal sound. She has dug deep into split tone singing, pitchless singing and distorted singing and her skills have been applied to a wide array of musical projects. In 2014, Sofia performed Arnold Schönberg’s Pierrot Lunaire and Salvatore Sciarrino’s Lohengrin and she composes for modern jazz octet Paavo, and contemporary quartet The New Songs. As an improviser, Jernberg appears in many different constellations, but regularly in a duo with cellist Lene Grenager. As a composer, her main focus lies in the blending of improvisation and composition. Upcoming collaborations involve DuoEgo (Sweden), The Peärls Before Swïne (Sweden), Trondheim Jazz Orchestra (Norway), The Opera Group (UK), and Norbotten Big Band (Sweden).

Mette Rasmussen is a Danish saxophone player based in Trondheim, Norway. She works in the field of improvised music, drawing from a wide range of influences, spanning free jazz to textural soundwork. Rasmussen works on exploring the natural rawness of her instrument - experimenting on what the saxophone is capable of in sound and expression, with and without preparations. Much in demand, she has performed with the likes of Alan Silva, Chris Corsano, Ståle Liavik Solberg, and with her Trio Riot group with Sam Andreae and David Meier. "Mette Rasmussen has a remarkably fluid and expressive tone on the alto saxophone. Her playing at times evokes the rich, heavenward clarity of Albert Ayler, at others the throaty roar of Mats Gustafsson. Equally, though, she’s able to sidestep these influences and assert her own individual sound in piercingly high tones and controlled outbursts of free playing." - Viennese Waltz