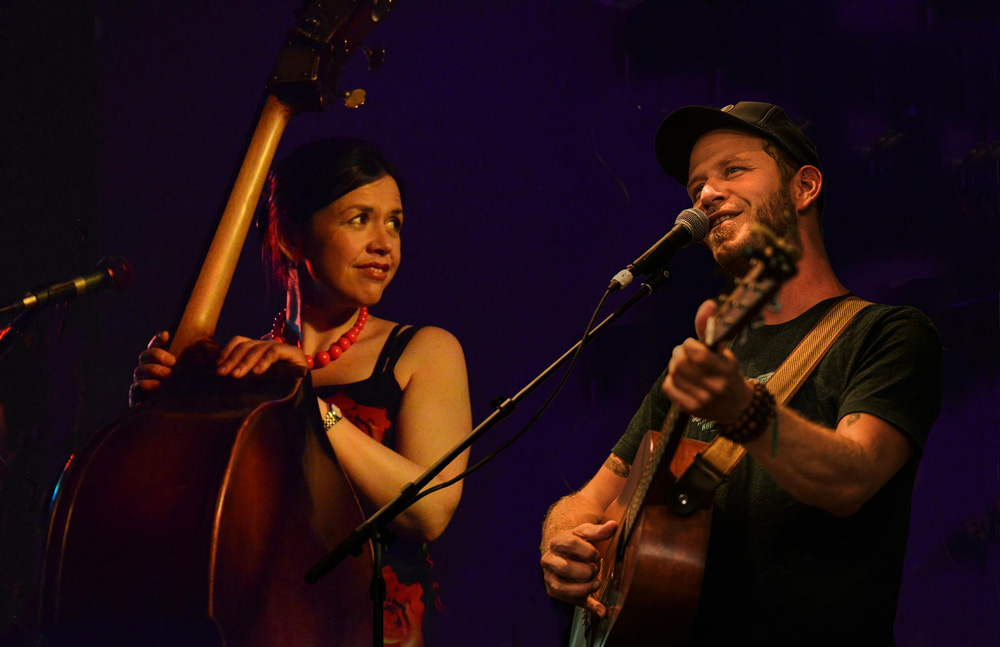 Canada's Scott Cook has distilled the stories collected over a decade into straight-talking, keenly observant verse. This year he's touring with acclaimed Australian upright bassist and vocalist Liz Frencham in support of his 2017 album.

Canada's Scott Cook has distilled the stories collected over a decade of near-incessant touring across Canada, the USA, Europe, Asia, and Australia into straight-talking, keenly observant verse.  He has already completed four tours of Australia, including talked-about performances at Woodford, Cobargo, Candelo, Newstead, Illawarra, the National, and Yackandandah folk festivals.  This year he's touring with acclaimed Australian upright bassist and vocalist Liz Frencham in support of his 2017 album Further Down the Line.  Cook is one of the hardest-working troubadours on the road today, averaging over 160 shows and a dozen festivals every year since 2007.  All the hard miles notwithstanding, he still believes that songs can change your life, and your life can change the world.

"There's nothing flash about Canada's Cook. He sings his heart and soul, and in doing so lets light flood into your own... He has a good eye for imagery, a gentle human touch, a wry sense of humour, a whole lot of integrity, a warm, rugged voice and a bunch of memorable lines... Truly one of Woody Guthrie's children." -David Burke, R2 Magazine

“Liz Frencham is one of the more welcome presences at any musical event. Liz is a fine bassist, an expressive singer and a skilled writer of songs. As a performer she is generous, always “on”, always fully engaged. Her musical vocabulary and comfort zone are conspicuously wide...  It’s very easy to see why so many other people at any given festival invite her to join them on stage.” -Doug Spencer, producer, 'The Planet', ABC Radio National