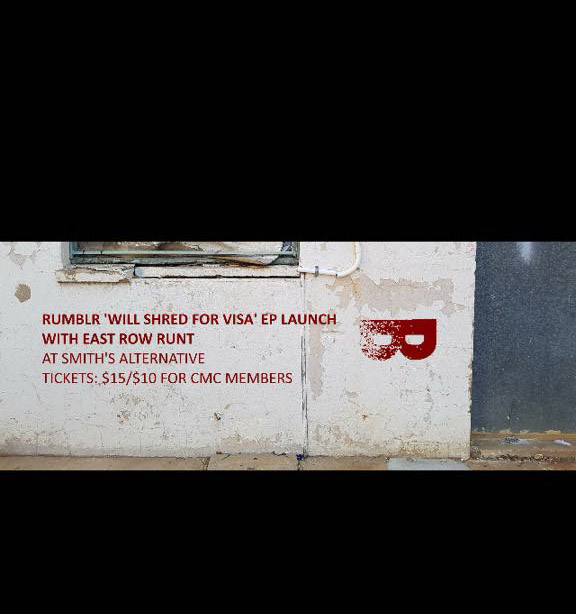 Rumblr
'Will Shred for Visa' Launch

Rumblr launch their new album, with support from a rumpish version of East Row Rabble

With their own blend of Spanish psychedelia, Canberra's very own Rumblr have decided to give back (just a little) with the release of their 2nd EP - 'will shred for visa' with the extraordinary East Row Runt. Not content with the ordinary, Rumblr began carving out a niche late in 2016. What began as an unlikely coupling quickly evolved into a dynamic five-piece, mashing traditional Latin American, Caribbean and Spanish rhythms against the heavy hand of popular western music. Their contrasting musical and cultural backgrounds gave rise to the rhythmically driven sensory overload Canberra now knows as RUMBLR. Their latest EP, 'Will Shred for Visa' promises the same ecclectic mix of rhythms which have become their signature style, with the support of local recording by David Pendragon and Jack Buchanan, and additional mixing by producer Oscar Martín Santisteban Cole. 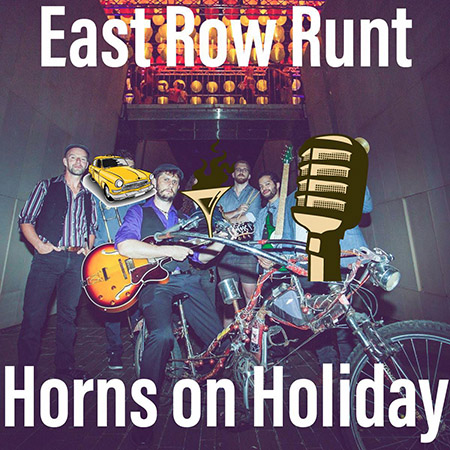