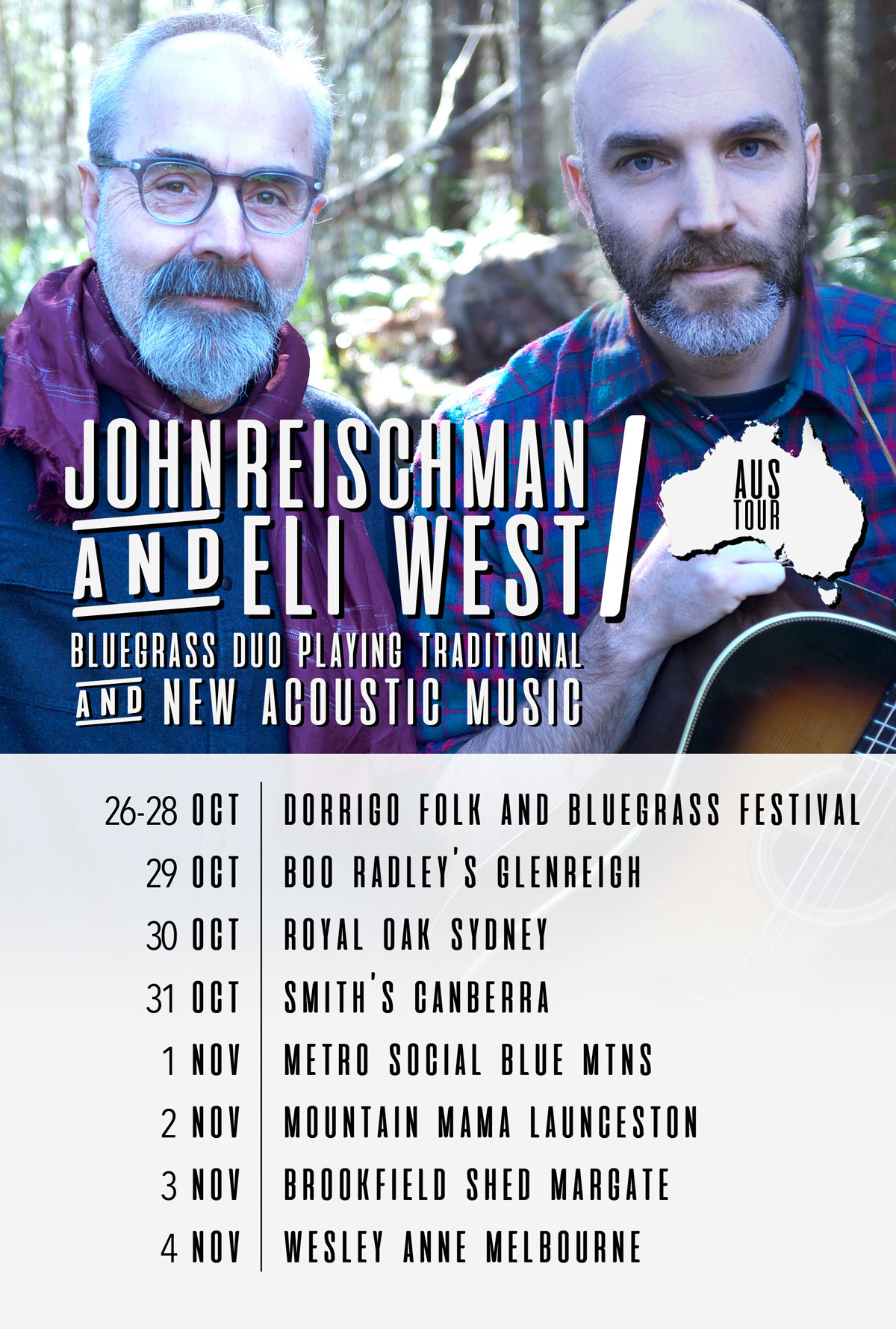 John Reischman is one of the premier mandolinists of his generation. He’s a master instrumentalist capable of swinging between re-inventions of traditional old-time tunes, deconstructions from the bluegrass repertoire, and compelling original tunes, many of which have become standards. He’s also a powerful bandleader, touring his band the Jaybirds all over Canada and the United States. But most of all, he’s an understated visionary, the kind of master craftsman whose music is virtuosic without ever being flashy and who is renowned for his impeccable taste and tone as an artist. John Reischman embodies the true spirit of acoustic music in the 21st century.

Eli West is a Seattle-based multi-instrumental musician and interactive graphic designer. With an interest in angular phrasing and non-traditional improvisation within the historic precedents of bluegrass and old-time music, his playing both grounds and pushes the ensembles he is involved with. He has released three records as half of the new/old-time duo Cahalen Morrison & Eli West, which tours regularly throughout the US and Europe. Eli is an active ingredient playing guitar, banjo, and bouzouki with both Jayme Stone’s Lomax Project and John Reischman and the Pine Siskens.