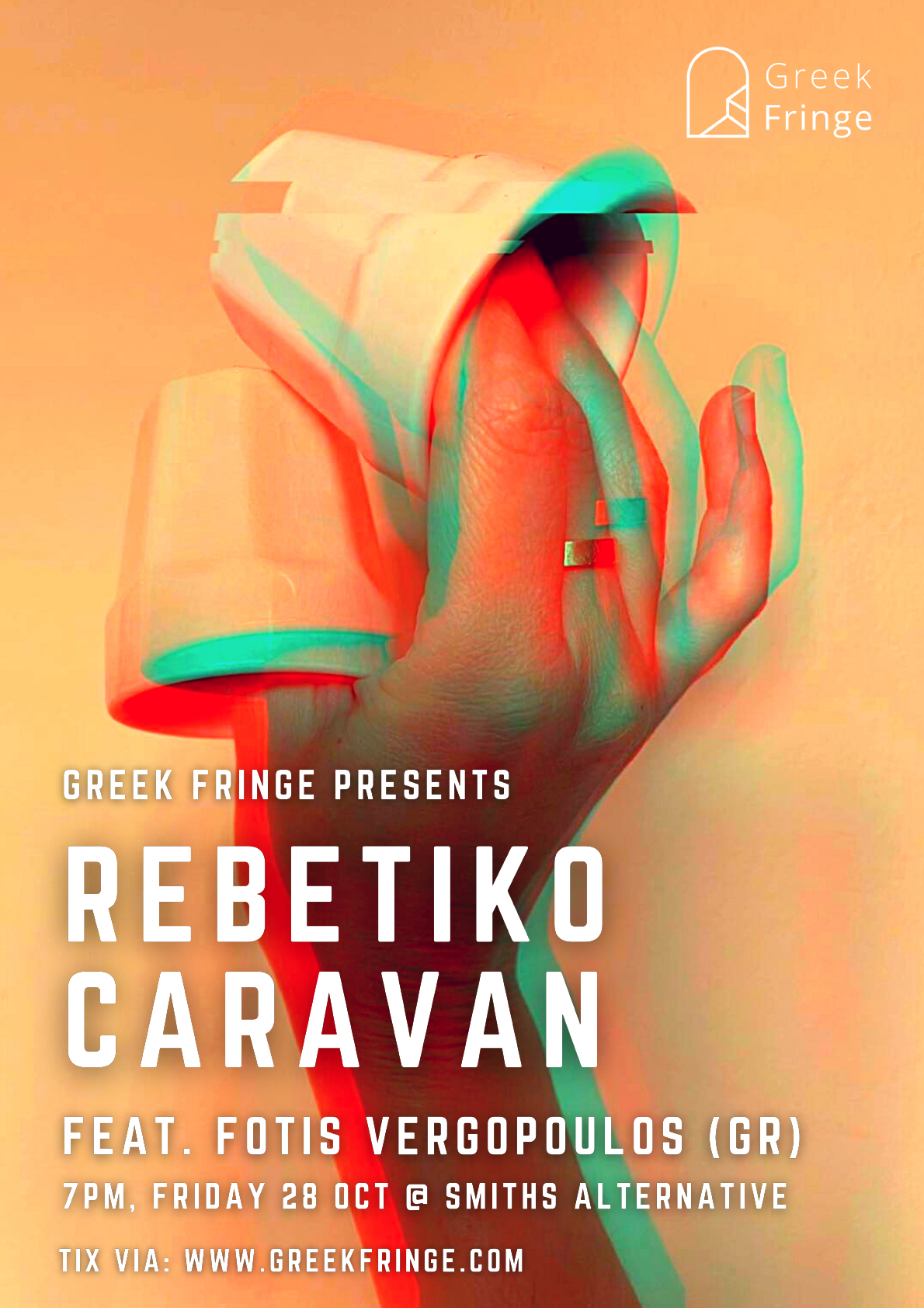 Fotis Vergopoulos returns to Australia for a rebetiko extravaganza along the East Coast!

Fotis represents the next generation of talent from Greece whose musicianship and feel for rebetika (Greek Blues) is inimitable.

Fotis was initiated into the world of music at the age of 6 by his father, Nikos, an inaugural member of the Apodimi Kompania. He has toured Europe extensively as well as Africa, Australia and New Zealand. He currently lives in Athens where he has performed with many notable artists including Stellios Vamvakaris, Martha Fritzila, Socratis Malamas and Manolis Pappos to name a few.

Joining Fotis on stage are special guests and stalwarts of the local rebetika scene:

This performance is proudly presented by Greek Fringe.