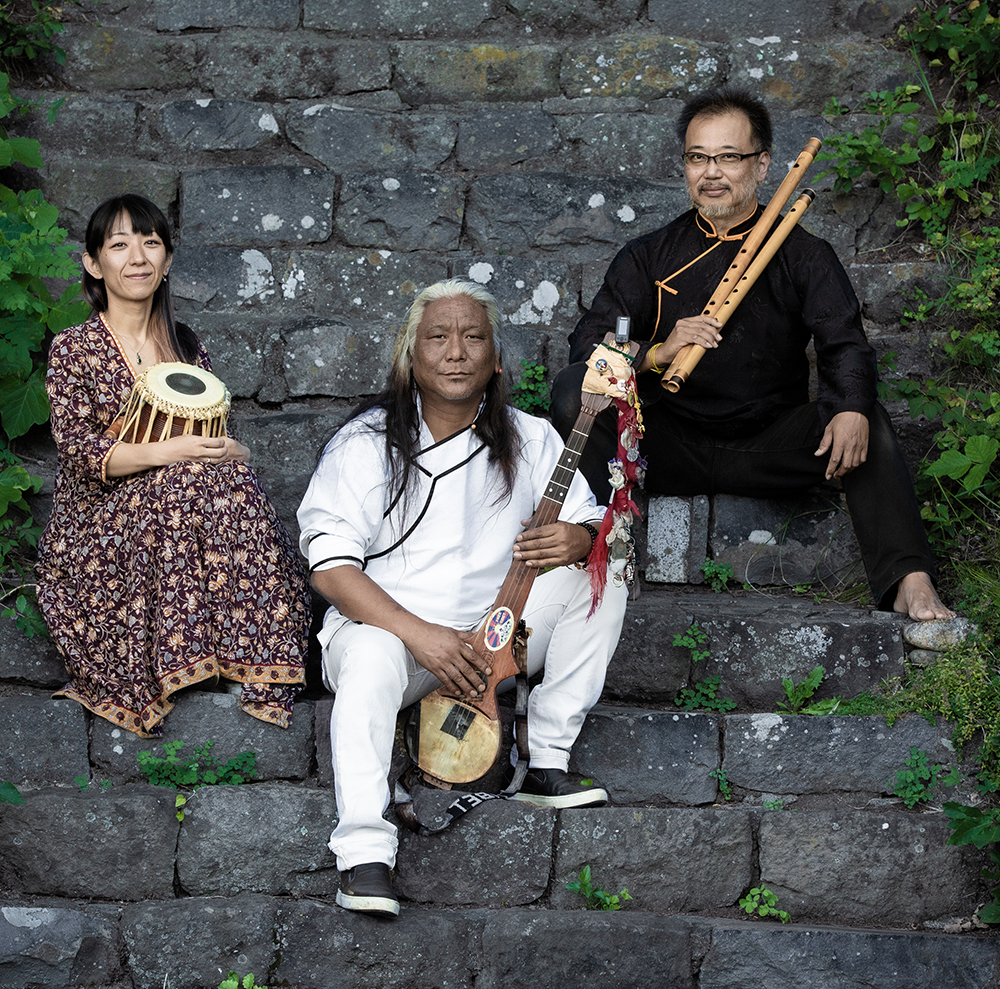 As part of their upcoming concert tour, Tenzin, Taro and Ayako will present a special performance at Smith’s.

Tenzin is one of a handful of artists keeping Tibet’s music alive in the freedom of exile. He is a master of traditional Tibetan instruments the lingbu (bamboo flute) and the dranyen (3-stringed lute) but is best known for his extraordinary vocal ability and his mastery of droklu, the nomadic music of his parents. Now a well-established artist, composer, activist and cultural ambassador, he proudly continues this unbroken nomadic lineage.

Tenzin has become a favourite in the world music scene and is held in high esteem by other performers from all genres. His cantering rhythms, soaring vocals and exquisite flute solos have enchanted audiences around the globe, including concerts at Carnegie Hall, New York with Phillip Glass, Laurie Anderson and Patti Smith.

Accomplished bansuri master Taro Terahara and tabla player Ayako Ikeda are leaders in the thriving and highly competitive Indian classical music scene in Japan. The bansuri (Indian flute) beautifully captures the sound of the air, the mountains and the uplifting devotional mood of Krishna, as their music soars, swoops and transports listeners to realms of pure sound, engaging the mind and touching the heart.

The combination of three such powerfully expressive musicians makes this an unforgettable and moving experience for audiences of all ages.