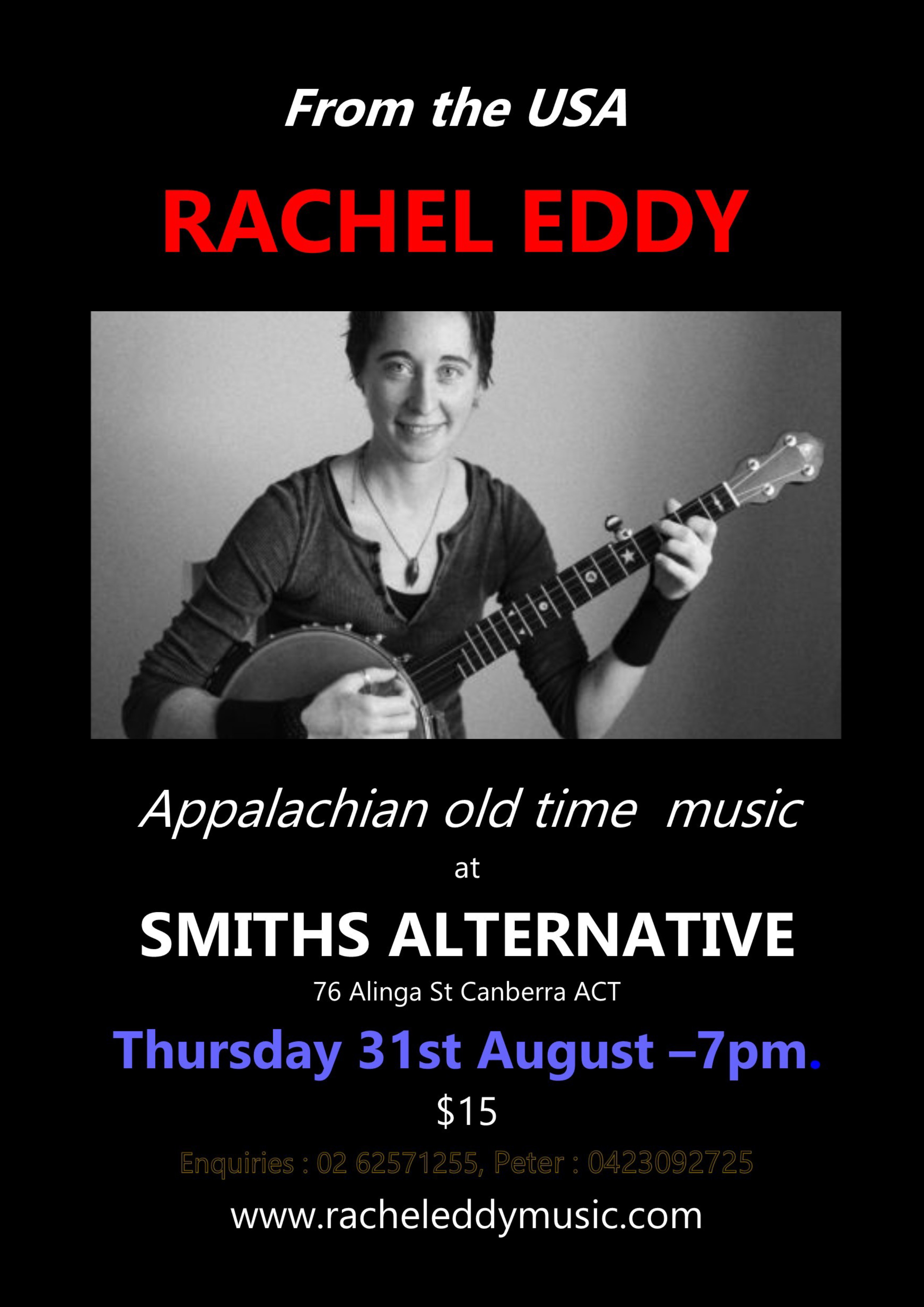 Fiddle, banjo and guitar virtuoso and teacher, conducting a flying visit to Oz to share her abundant skills with us all

Rachel Eddy was born and raised in rural WV just south of Morgantown, where her musical family inspired her to play and sing as a little girl. She grew up listening to local fiddlers, her father among them, going to old-time festivals, and attending square dances. The old-time bug bit her early in life and Rachel now performs and teaches full-time on fiddle, banjo, guitar, mandolin and bass.

She has recently relocated back to West Virginia after living the last 5 years in Stockholm. During that time, she invigorated the Swedish old-time scene, inspiring dozens of people to learn Appalachian music and dance. In addition to being a performer, Rachel is passionate about teaching. She has taught fiddle, banjo and guitar at the Augusta Heritage Center in Elkins WV, at Sore Fingers Summer school in the UK, and different various weekend workshops from the hills of West Virginia to Sweden, Denmark, Switzerland, Germany, London and Wales. Rachel’s love of music comes from the heart and she loves every part of her job from performing, to educating dedicated students, and the electrifying charge of playing in jam sessions around the world!

Over the years, she has had the honor of sharing stages, workshops and recording sessions with the likes of Tim O’Brien, Erynn Marshall, Dirk Powell, Adam Hurt, Rayna Gellert, Russ Barenberg, Bruce Molsky, Mark Schatz, and a month long tour in Germany with the g’earls from Uncle Earl!
She has four full length albums:  The Morgantown Rounders (2006), Hand on the Plow (2008 solo), Chilly Winds (2010 duo with Kristian Herner), and Nothin’ But Corn (2014 solo).