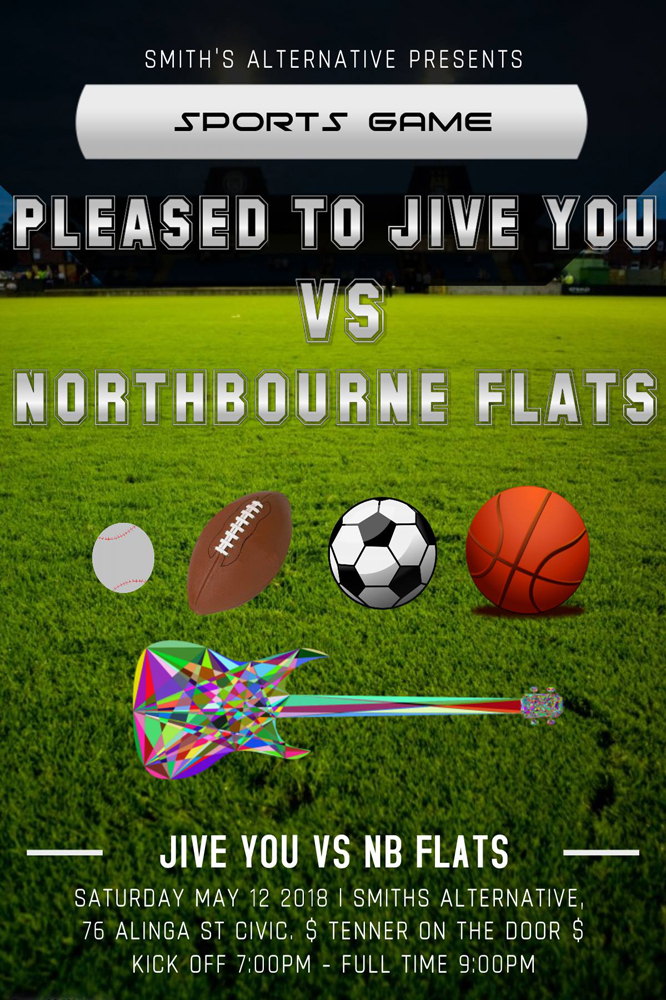 Pleased to Jive You + Northbourne Flats

Two "bands" (a collection of musical humans) will be making music exist, that did not exist before. This is not a game. This is a way of life.

A lot of people think that music is artistic expression and not competition. On May 12, we prove them wrong. Canberra's refurbished fax machine PLEASED TO JIVE YOU have agreed to perform music at a former alternative bookstore in Civic, going head-to-head with local psychos NORTHBOURNE FLATS.

This rivalry is sure to lead to death. The winners will be separated from the losers. Kit up, it's game time.

Pleased To Jive You are the alien cowboys of the capital territory. The band the world doesn't want - the band the world needs. Their style of music is a progressive jazz funk rock blues hip-hop blend.

They will duke it out head to head with Northbourne Flats, A four piece group from Canberra that draws from rock, blues, folk and metal to create a unique blend of full strength groove. Once dubbed “acoustic but thicc”, they continue on a desperate pilgrimage to promote the style.