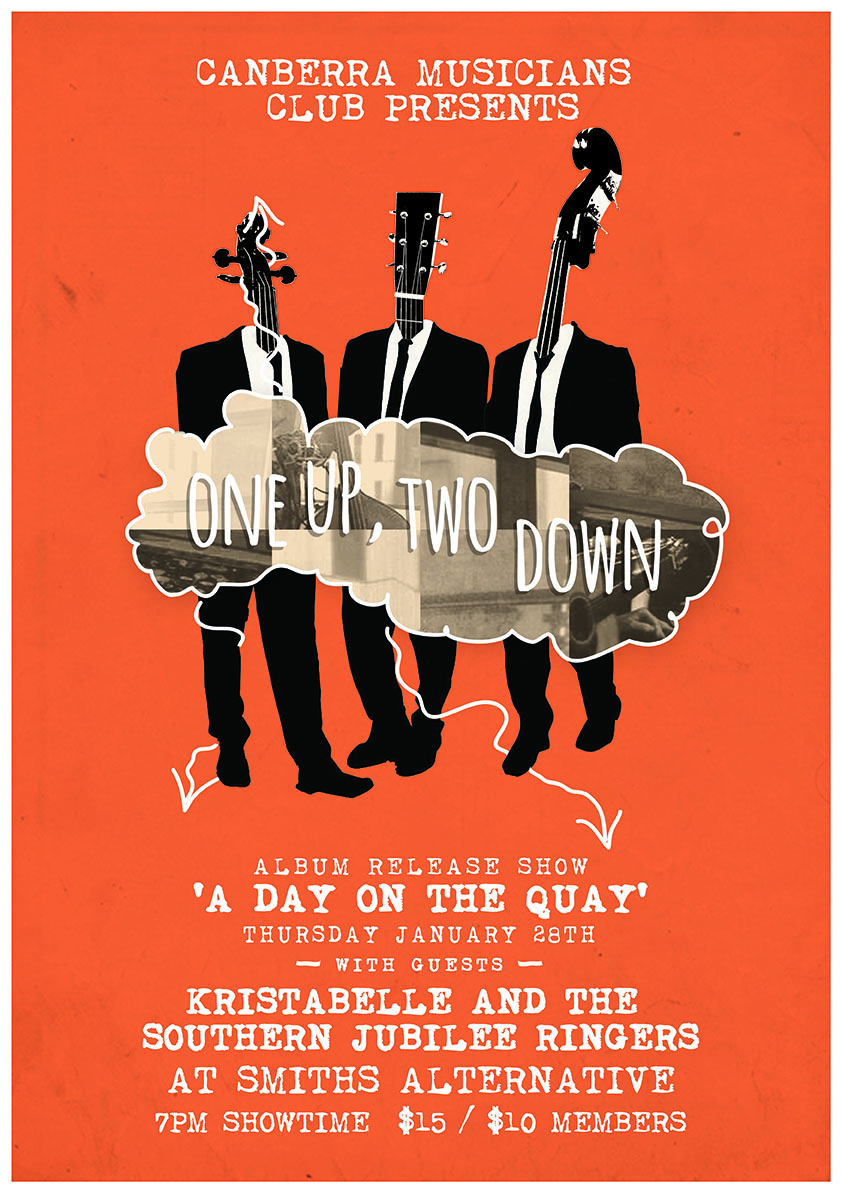 One Up, Two Down
Album Release Show

with Kristabelle and The Southern Jubilee Ringers

7-9pm, $15/10
with special guests, Kristabelle and The Southern jubilee Ringers

One Up, Two Down return to Australia fresh from a busy year that’s seen them embark on their first tour in America and join forces with Chris Henry for tours across the USA and Australia.

They will be releasing their brand new EP ‘A Day On The Quay’ to the Canberra audience, a recording that captures their live performance energy and follows up on their 2014 self titled release.

One Up, Two Down hail from three countries joined by the Pacific Ocean. Fiddler George Jackson and guitarist Daniel Watkins, from New Zealand and Australia respectively, are back to back winners of the Australian Bluegrass Scholarship ('12, '13) and veteran touring musicians in the Australian bluegrass scene. Together with North Carolinian, Yale School of Music trained (MM '13) double bassist Andrew Small, they bring together raw old-time groove, bluegrass dexterity, and folk storytelling.

"The self-titled EP from George Jackson, Andrew Small and Daniel Watkins is a piece of pure folk gold. It’s a shame that Small lives in the states as the opportunities to see One Up, Two Down are limited, but if you do get a chance to see them grab it with both hands. On the surface this is a bluegrass release but these guys are so well versed in the folk traditions that you can feel celtic, blues and country influences creeping in to make a wonderful, folky mess." - Timber and Steel 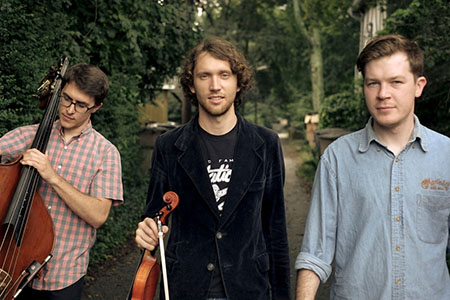