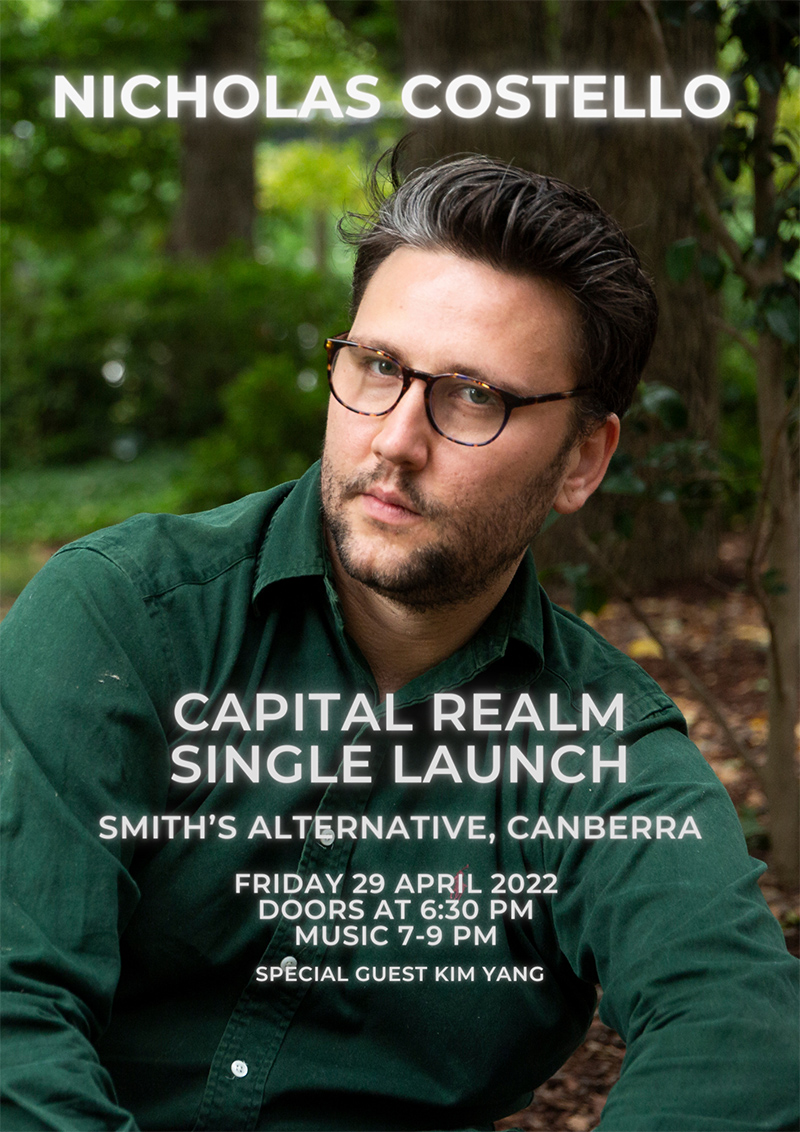 Nicholas will be putting on a special live performance at Smith’s Alternative to launch the brand new single!  He will be joined by special guest and fellow Canberra songwriter, Kim Yang.

“Capital Realm is about a series of strange and unsettling events which I experienced on a night out, just after I’d moved cities during the bushfires in early 2020. I remember I felt like everything in my life was chaotic and surreal at the time, but really, much like the night itself,  it was just a prelude to what was to come.”