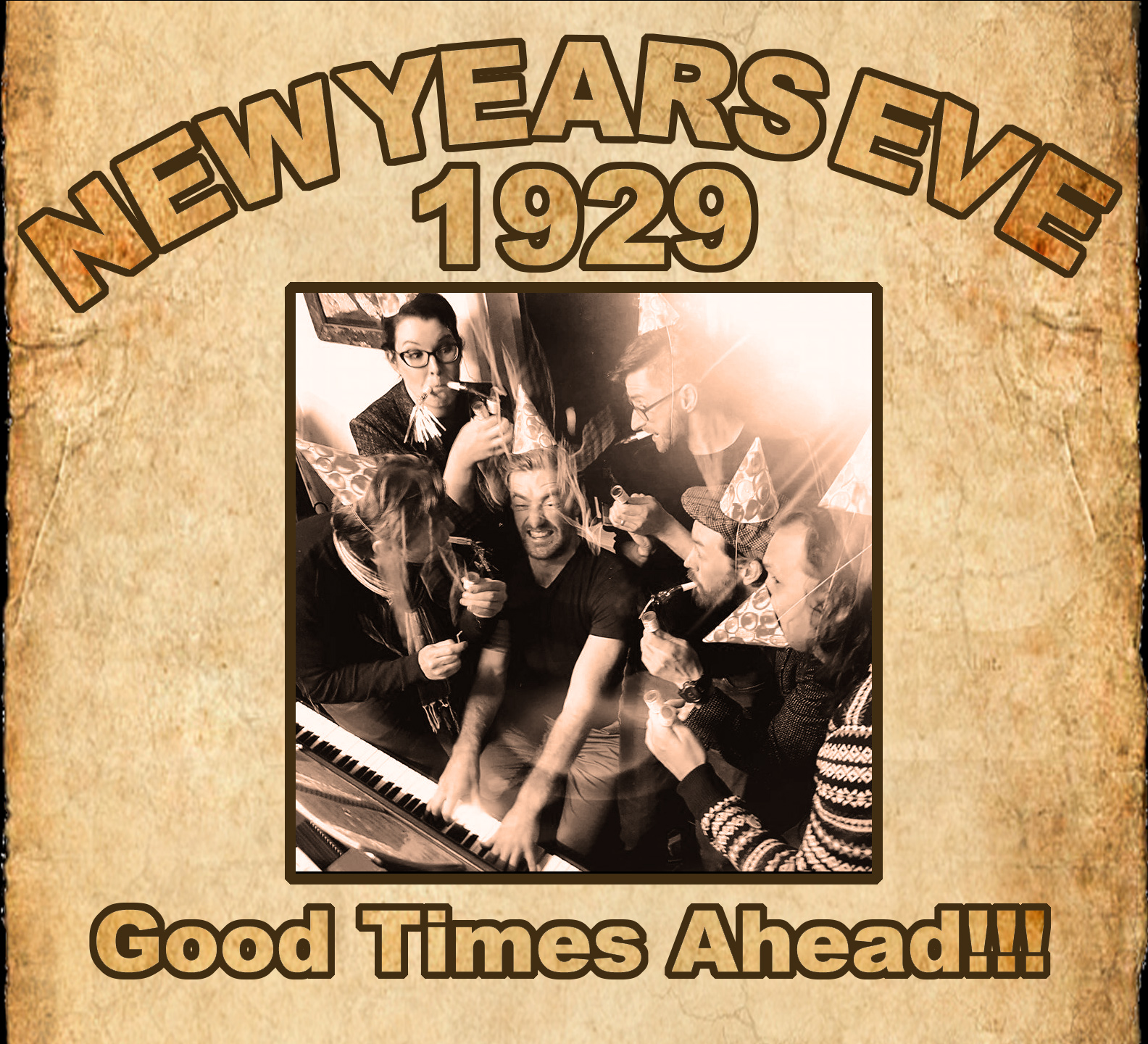 The first New Years Eve since the end of prohibition in the ACT. Come and legally toast the new year with the sensational Zackerbilks! $70 entry (includes supper and bubbles)

1928 draws to a close folks, and after a good ten years of peace and reconstruction, we can look forward to much happiness and prosperity in 1929 and beyond. GOOD TIMES AHEAD!!! And to add overwhelming ecstacy to a general feeling of equanimous serenity, the Government, in its wisdom, has seen fit to relax the prohibition of alcohol and, for the first time in 18 years, we shall (legally) toast the arrival of the new year with some modest libations of the alcoholic persuasion.

So come and join us on New Years Eve at Smith’s Alternative, former ‘tea house’ and ‘book shop’, and now openly and happily trading as a bar, a licensed purveyor of drinks alcoholic and otherwise, and home to such of the city’s folks as would fall generally into the categories of ratbags, misfits, artists, music players, philosophers, iconoclasts and revolutionaries (VIVA LA REVOLUTION!!)

Owners of seedy Kingston speakeasies beware. Located in the newly constructed (and very graceful) Melbourne Building, in what will eventually be considered the civic centre of Canberra (there are plans afoot for an electric tram to traverse the city, with a station diagonally opposite!), Smith’s has the character, style and panache to make a trip to the east side of the Molonglo a realistic option.

Providing a large proportion of the entertainment on the evening will be brand new smash sensation on the local band scene, Zackerbilks. So new and innovative is their musical style that the composer who has inspired much of their wondrous musical stylings has yet to be born. They’ll be playing such fabulous recent inventions as the saxophone and the banjo, as well as singing into ‘microphones’!!?? Patrons are advised that Zackerbilks music may inspire a lasciviousness amongst them, leading some to display overt demonstrations of enjoyment, possibly even dancing in a loose, exhibitionistic, manner. This will not be tolerated (one battle at a time folks, please).

Supper will consist of:

bread (non-sliced, we can’t stand sliced bread and it’ll never catch on, mark our words)
dripping
apples (three varieties from the new apple farm at Pialligo)
possibly some cheese platters, dips, fruit, nuts, salads, canapes, and such seeds and berries as can be gathered from the surrounding area.

For drinks, there will be freely distributed some ‘champagne’, imported at great expense from Victoria, but we expect the Bathtub Gin (a.k.a. the Nigel Special) to remain popular, despite the introduction of many alternative drinks in the months since prohibition ended.

We hope to see you here, feeling happy and optimistic despite the recent election of Herbert Hoover in the USA, a man so repugnant and inept one might turn to fear of the future. But fear not you lovers of peace and equality. America does not the world make, and decency, hopefully with a modicum of debauchery, will prevail.