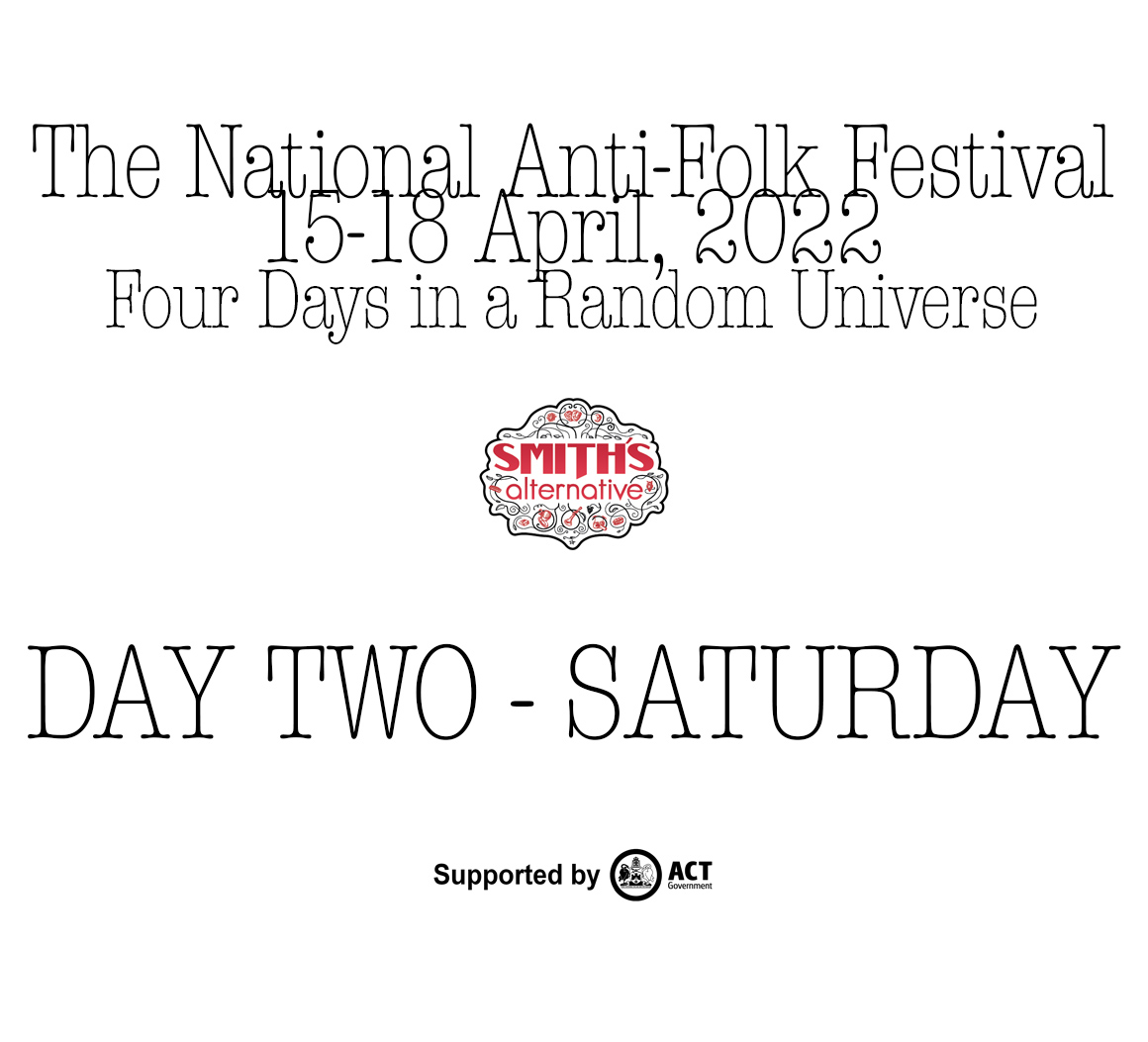 Day two of the naffest festival ever.

Lulu & The Tantrums are a bunch of fun-loving bratty late-onset rockers from Queanbeyan. They'll be playing all their hits – from 'Bins On Friday' to 'Riesling For Living'.

Spaceman Africa the Musical is an Australian singer-songwriter. He writes and performs indie rock songs about funny things that have happened to him in his life.

Ali and Lawrence play a mix of originals and covers, on guitar and mandolin.

Bluemilk – Milk that is blue

Tim Pearce fronts a band called The Wrst. They are not the worst band in the world. Here he will be playing solo, ie. without The Wrst