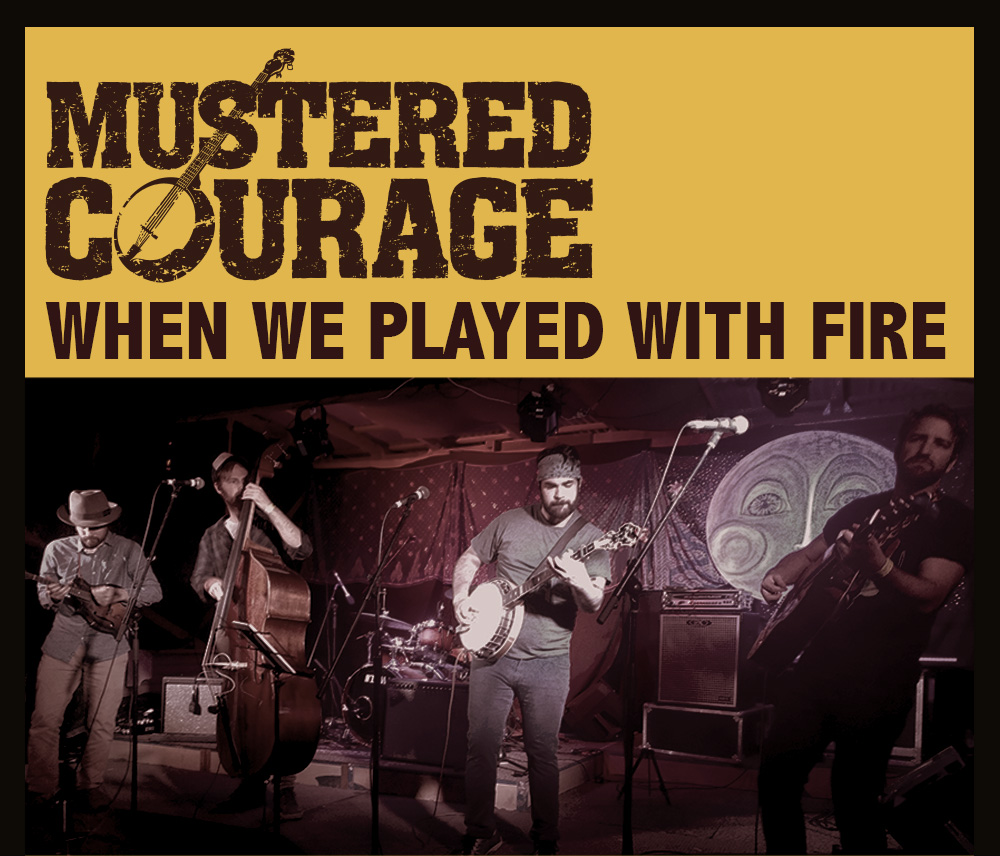 Melbourne four-piece, Mustered Courage, have positioned themselves in the forefront of Australia’s bluegrass genre.  The Golden Guitar Award winning and ARIA nominated band are set to release their fourth studio album, and first new album since 2015 titled “We Played With Fire” due for release on in September.  The single “When We Played With Fire” leads the album’s release and is available for download now.

Remember back in the day? The old gang? Some of those memories are a bit hazy to say the least. Washed out in a combination of time and tonic. These days, with social media, it’s easier than ever to do your own Where Are They Now segment on your old high school friends. Yet for some, no profile pic is necessary and the memory today is as vivid as it ever was. This is a song to one of those people. Those that we've loved and lost and the memories that remain. Young love and crazy teenagers and reminiscing on everything in between.

Having signed many record deals for their previous releases, Mustered Courage decided to stay independent with this album and were keen to involve fans in their recording venture, running a crowd funding campaign that raised over $15,000.

“We are very proud to be independent again and more excited about our new album than ever before,” says Guitarist Julian Abrahams.

It’s the love and obsession that Nick Keeling (Banjo), Julian Abrahams (Guitar), Josh Bridges (Double Bass) and Josh Bennett (Mandolin) have for bluegrass that begun their journey in 2010. Since then, they’ve toured the USA four times, played as Paul Kelly's band, collaborated with Kasey Chambers and have graced the stages of countless music festivals across the world.

Mustered Courage’s steady rise and insatiable work ethic caught the attention of Lost Highway Australia who signed the band to a worldwide recording deal in 2014.  The signing was consummated with the release of a rootsy cover of Seal’s “Kiss From A Rose” which garnered further accolade from not only Seal himself but fans and media alike with Rhythms Magazine raving, “the four-part harmonies are right on the money. And the string picking, whether lightning fast or mellow and relaxed, is incendiary.” The single also featured an original instrumental B-side titled ‘Candle Creek’ which earnt merit on its own giving Mustered Courage their first Golden Guitar Award for Instrumental of the Year at the 2015 CMAA Music Awards.

That same year, the band released their third album ‘White Lies & Melodies’ – their first album via Lost Highway, which earnt the band a nomination for ARIA Country Album of the Year.

Known for pushing the boundaries of what progressive folk-rock can be, they convinced prolific rock and roll songwriter, performer and Choirboys founder/singer, Mark Gable to record and perform Choirboys’ pub-rock anthem ‘Run To Paradise’ with a bluegrass twist which was released in May 2018 to much fanfare and accolade.

Known for their energetic live shows, Mustered Courage will hit the road for a series of national tour dates to support the album’s release from October 2018.