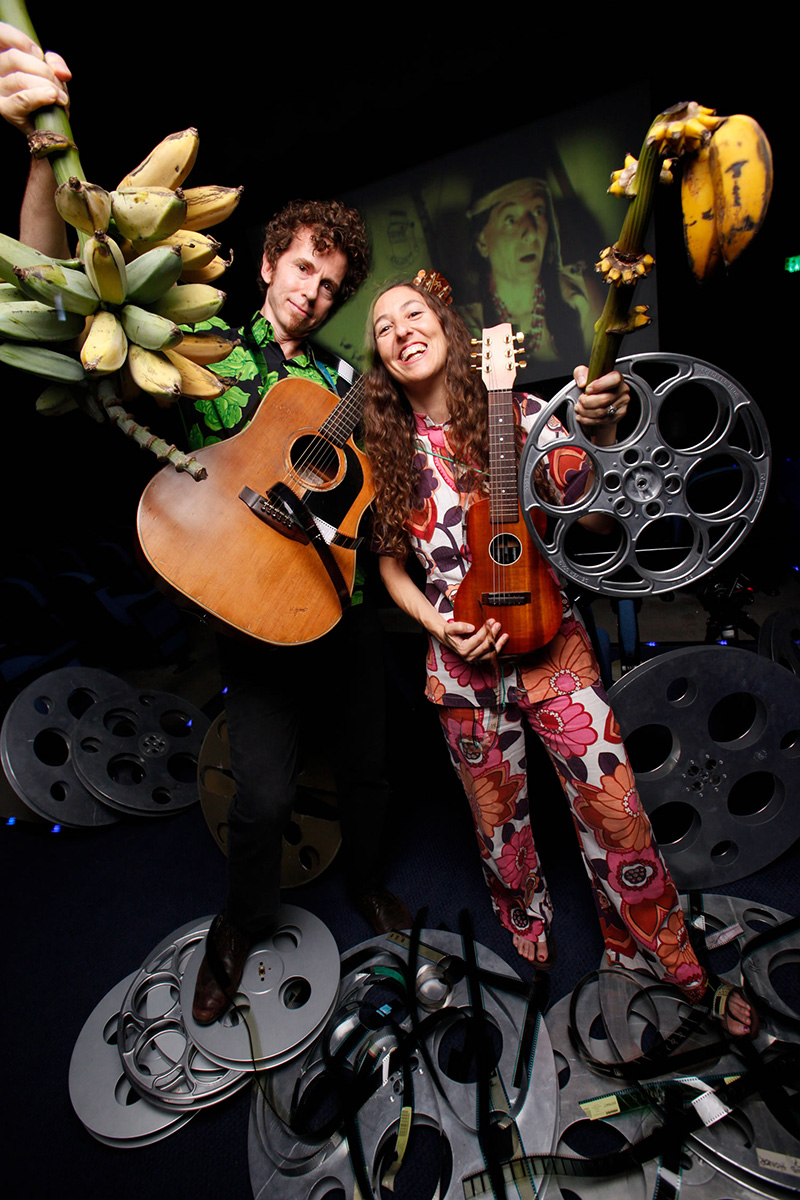 Bright Blue Gorilla: Filmmakers & Musicians from Los Angeles will be touring Australia for the very first time! Join them for a concert and screening of their feature film, Mr Rudolpho's Jubilee

Filmmakers & Musicians from Los Angeles, Bright Blue Gorilla are touring Australia for the very first time! Join them for a concert and movie screening, in their Canberra debut, at Smith’s Alternative on Friday March 9 at 6pm.

Mr. Rudolpho’s Jubilee is a romantic musical comedy shot in Berlin & Italy. 300 artists from 36 countries put their talent into making it. Bright Blue Gorilla play the Greek Chorus, so there’s tons of music in the film. It’s in German, Italian & English (with English subtitles). Christiane Paul, who stars in the film, won an International Emmy.

The sold-out world premiere was at Babylon in Berlin. Audiences are loving the film, see the IMDB reviews here.

After 6 feature films, a dozen CDs, and 28 years on the road, Bright Blue Gorilla has plenty of entertaining stories to share. Producer Robyn Rosenkrantz and Director Michael Glover have been charming audiences around the world since 1990 when they quit their L.A. jobs, sold everything they had (except their guitars) and bought one-way tickets to Europe. They’ve been traveling ever since and are still going strong!