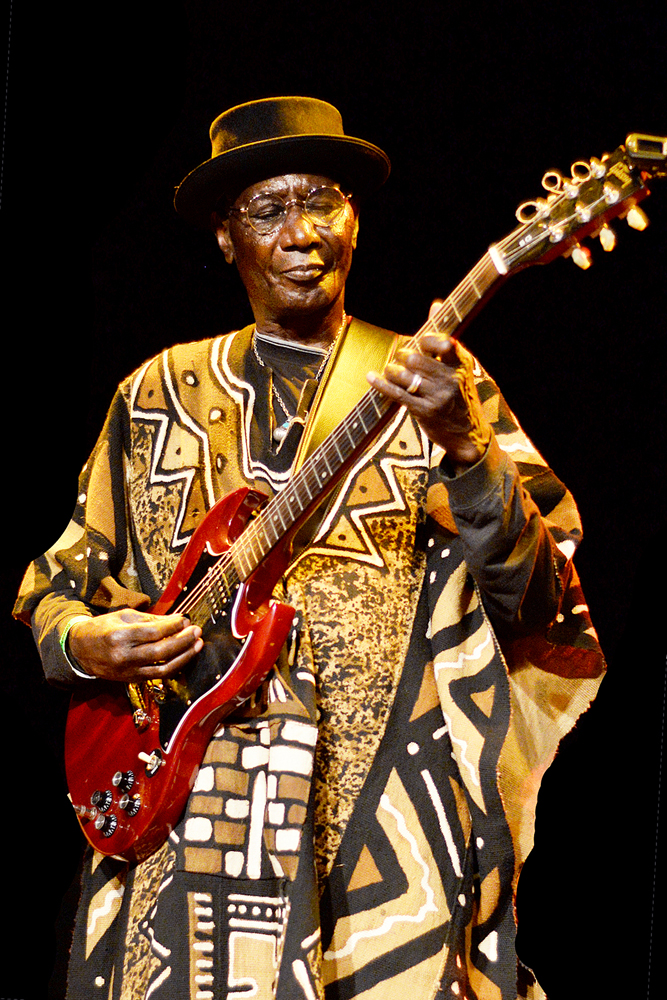 Influential guitarist Moussa Diakite was part of the golden era of Malian music in the '70s & '80s, performing with some of Africa's best. Now with his backing band, Wassado, they fuse traditional West African styles with Cuban, blues and jazz.

Influential guitarist Moussa Diakité was part of the golden era of Malian music in the 1970s and ‘80s, performing with some of Africa’s best, including Salif Keita, Oumou Sangare, Toumani Diabaté and the Super Rail Band de Bamako. Since migrating to Australia, he has stamped his mark on the local scene.

He will be performing with one of Australia's finest rhythm sections in percussionist Philippe Lincy and bass player Len Samperi as The Moussa Diakite Trio. Together they fuse traditional West African styles with Cuban, blues and jazz into a unique “Afro-groove”.

Since the release of highly acclaimed album Doncomodja, Moussa Diakite has become a highlight of the Australian Music Festival circuit featuring stand out performances at the Mullum Music, WOMADelaide, Woodford, Illawarra Folk and Vivid Festivals as well as opening for Malian compatriots Tinariwen. This is a dynamic and sophisticated show irresistible on the dance floor and not to be missed.

“One of the finest guitarists I’ve ever heard” – Lloyd Bradford Syke, Australian Stage