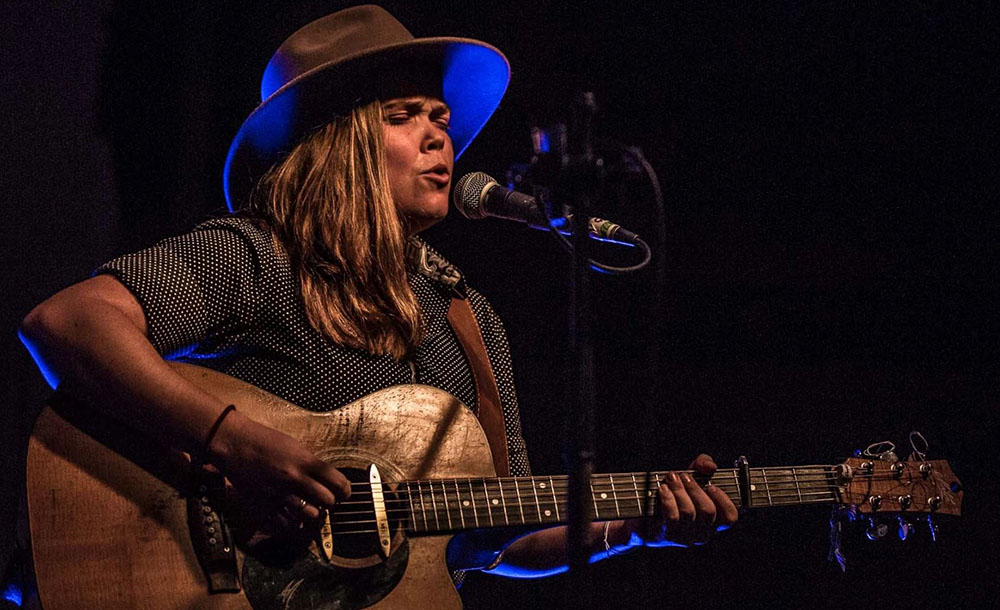 Sadly cancelled due to illness

Minnie Marks is not just some blazingly electrified guitar playing freak of nature. She is also a rare triple threat: singer, songwriter and multi-instrumentalist.

Relentlessly gigging across the globe, equipped with an old Goldtop in her hands and a revolutionary Farmer Foot Drum at her feet; Marks consistently pushes musical limits with her mind-blowing, dynamic guitar wizardry and her insanely powerful voice, that roars out her truth through song as if her own life depended on it. And, if that’s not enough, simultaneously, creates bone marrow shaking grooves with spare limbs on her Foot Drum kit. Finally all three beasts are married together to forge a mammoth sized wall of sound.

From winning the world renowned ‘Bluesfest Busking Competition’ in 2011, to taking out the People’s Choice Award at both Blues At Bridgetown and Nannup Music Festivals, plus earning the winning place of ‘Best Guitarist’ for the Open Arms Festival competition, Marks is no stranger on the block.

“Minnie Marks, she plays guitar like nothing I’ve ever seen before, she sings like Janis Joplin, she’s going to blow the world apart.” – Kim Churchill

“So I heard you’re better than my brother” - Phil Emmanuel