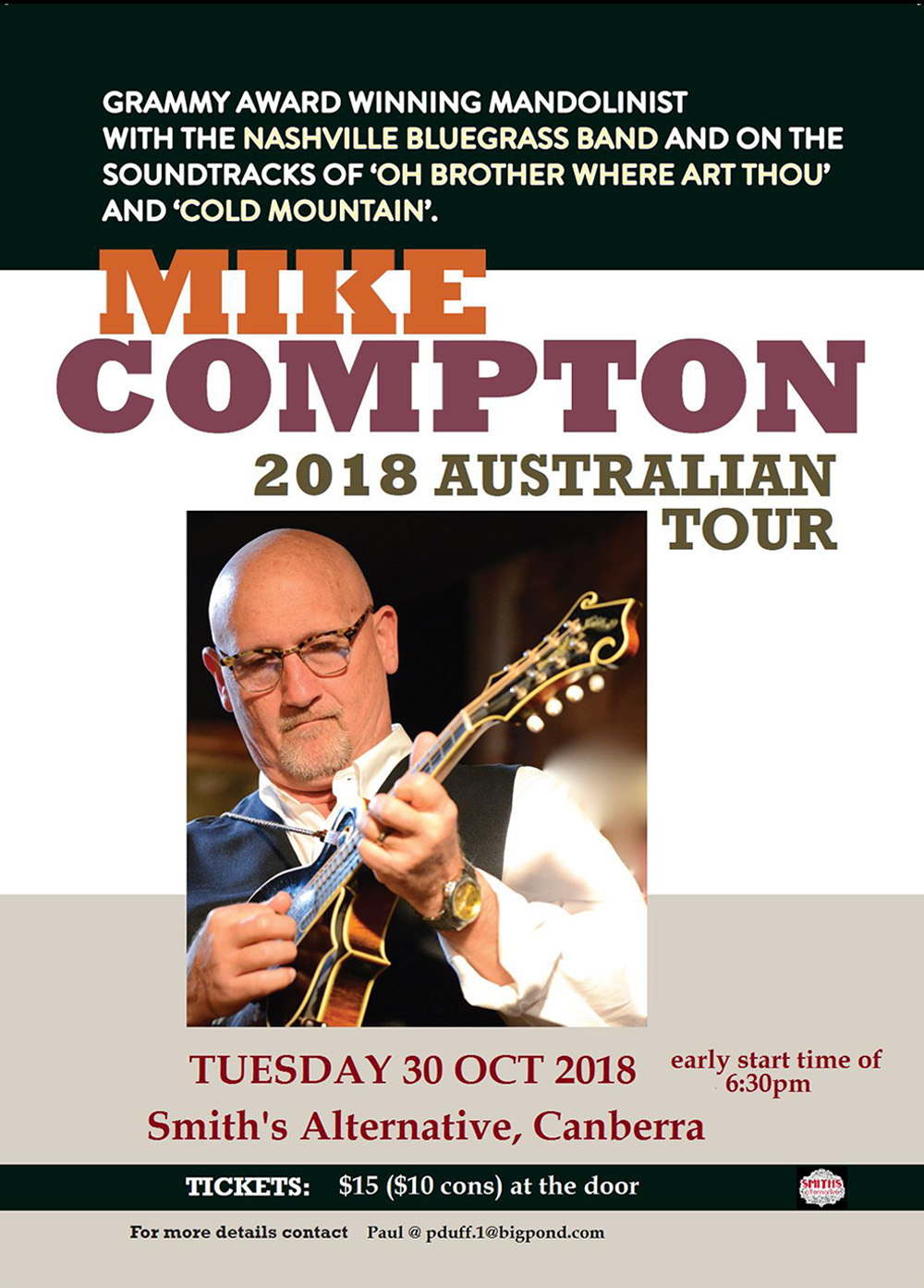 Befriended and mentored by Bill Monroe, the acknowledged Father of Bluegrass Music, Mike Compton is one of today's foremost interpreters of Monroe's genre creating mandolin style.

Mandolin students from around the world make the pilgrimage to his annual Monroe Mandolin Camp in Nashville, TN, where Compton and a select handful of other experts teach everything from the basics of bluegrass mandolin to the most intimate details of Monroe’s endlessly inspiring mandolin style.

Mike Compton’s decades of touring and recording with musical luminaries ranging from rockstars Sting, Gregg Allman and Elvis Costello, to straight-from-the-still acoustic legends like John Hartford, Doc Watson, Peter Rowan, Ralph Stanley, and David Grisman, have established Compton as a true master of the modern American mandolin and a premier interpreter of roots and Americana musical styles. Compton’s mastery of mandolin is at once effortless and exceptional. A compelling entertainer either alone or with a group, his skills as a singer, arranger, instrumentalist, composer and accompanist also make him in-demand as a band member and ensemble player at festivals, clubs and concert halls, recording sessions, music workshops and as a private instructor. With more than 140 CDS in his discography, including work with Willie Nelson, Dolly Parton, and Patty Loveless, Compton has helped keep mandolin a cool, relevant sound as the modern musical styles ebb and evolve to reach an ever- broadening audience.

A native of Mississippi, Compton picked up the mandolin in his teens and absorbed the area’s native blues, old-time country and bluegrass sounds. He soon gravitated to Nashville, where he helped found one of the 20th Century’s most admired and influential bluegrass groups, the iconic Nashville Bluegrass Band. He’s also been a part of the John Hartford Stringband, Helen Highwater Stringband, 1942, Compton & Newberry, and other seminal groups.