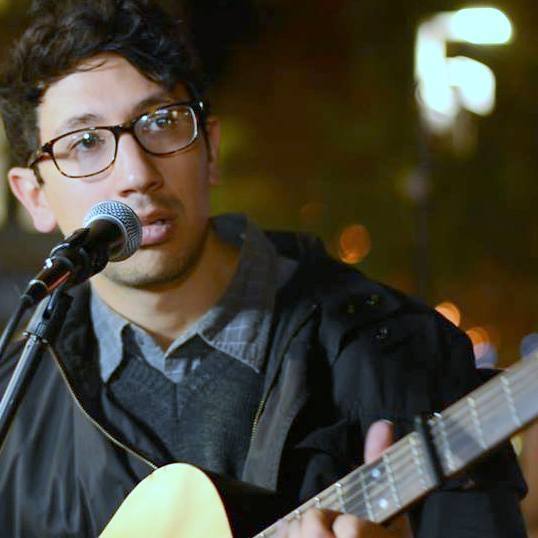 Smith's is offering our space up to any Canberra bands or performance groups for a rehearsal on Monday nights after Poetry.

Michael MIsa is a Canberra uni student and singer-songwriter whose repertoire spans indie folk, surf roots, gospel, and alt country genres. With over 10 years as a guitarist, he turned his focus to song-writing in recent years.

He has shared the stage with local and national touring artists, busked through Europe, played bars in countries like Italy, Turkey and Japan and been shortlisted in song-writing and busking contests. In his home town of Canberra, he has played on local radio and by invitation at landmark venues such as the National Film and Sound Archive, National Museum of Australia as well as the usual local music haunts.

Smith's has nothing much happening after the poetry each Monday and Smith's, like nature, abhors a vacuum. Anyway, we've decided to fill this particular vacuum by offering the space up to any Canberra bands or performance groups for a rehearsal.

Yes, that's right, your band or group of weird wacky performance artists or whatever, can come to Smith's after 9pm on a Monday night and jam the fuck out on stage with a full p.a. and an audience of me and any of your friends foolish, or enamoured of you, enough to attend. Plus occasional randoms and crazy people. Woo!