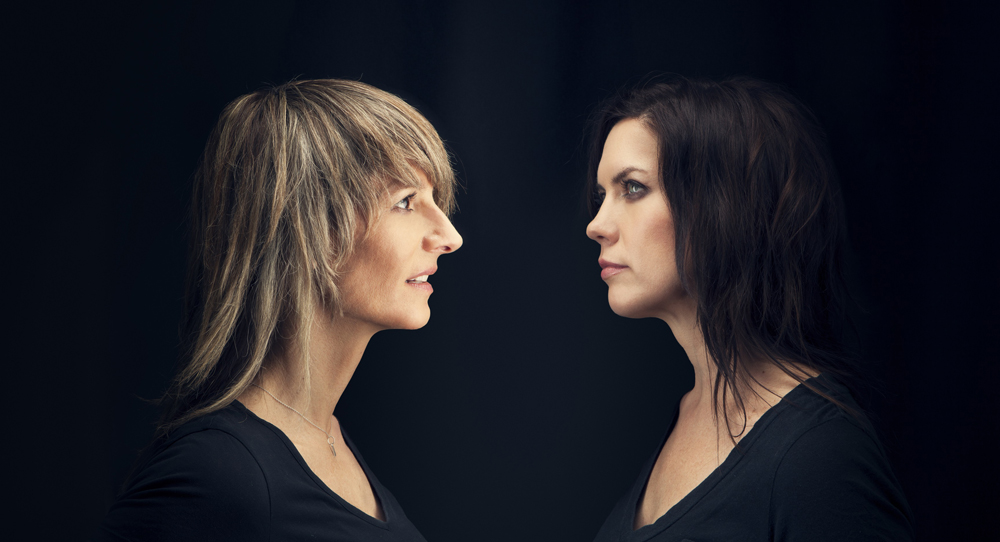 These musical chameleons have taken to genre-bending, moving effortlessly from folk to pop to electronic to Americana.

Brenley and Lisa met in 1999 over weak coffee and broccoli omelettes in a restaurant called The Green Room in Toronto. The pair have been writing and creating beautiful music together ever since that chance meeting.

When you hear them, the first thing you’ll notice is that their voices blend together, symbiotically, like family: born to sing the same songs. Over the past nearly two decades the pair have taken to genre-bending, moving effortlessly from folk to pop to electronic to Americana. In a word, they are musical chameleons.

Their 3rd and 4th releases, 'No Fool for Trying' and 'The Good in Goodbye' are homegrown collections, recorded in Ontario with producer Les Cooper at the helm. Their 5th studio recording, ‘Year of the Horse’ was recorded in Toronto by acclaimed producer Tino Zolfo (Carly Rae Jepson, Soul Decision, Hawksley Workman), and solidified the duo as musically versatile powerhouse songwriters. This past Christmas, Madison Violet released their first holiday album, 'Sleigh Bells In The Snow' to rave reviews. Finally, their newest collection of songs 'The Knight Sessions' is a mix of stripped back, acoustic takes on some of their more upbeat musings as well as a new batch of poetic and heartfelt tunes.

Over the years, Madison Violet have acquired quite a few accolades, including a Juno nomination, a Canadian Folk Music Award for Best Vocal Group Album of the Year and a Critic’s Choice award from Country Music People’s Magazine. Their songs have been featured in the notorious music magazine MOJO’s Top 10 Playlist, and received a mass of acclaim from outlets such as the BBC, the CBC, Maverick Magazine and NPR, and have earned the duo the Grand Prize in the 2010 Maxell John Lennon Song Writing Contest (which was voted on by a panel of distinguished artists including Elton John, Tim McGraw, Black Eyed Peas, Fergie, John Legend, Enrique Iglesias and Mary J. Blige). Madison Violet were on Germany’s WDR's list of ‘Best Bands of All Time’ as well as having song placements on various television shows. Their recent single ‘These Ships’ was released on one of the largest dance labels in the U.S., Ultra Records, and has garnered over 1,000,000 plays on Spotify already.

They have been described as pop, roots, indie, dance and Americana, but think that this quote sums them up best...