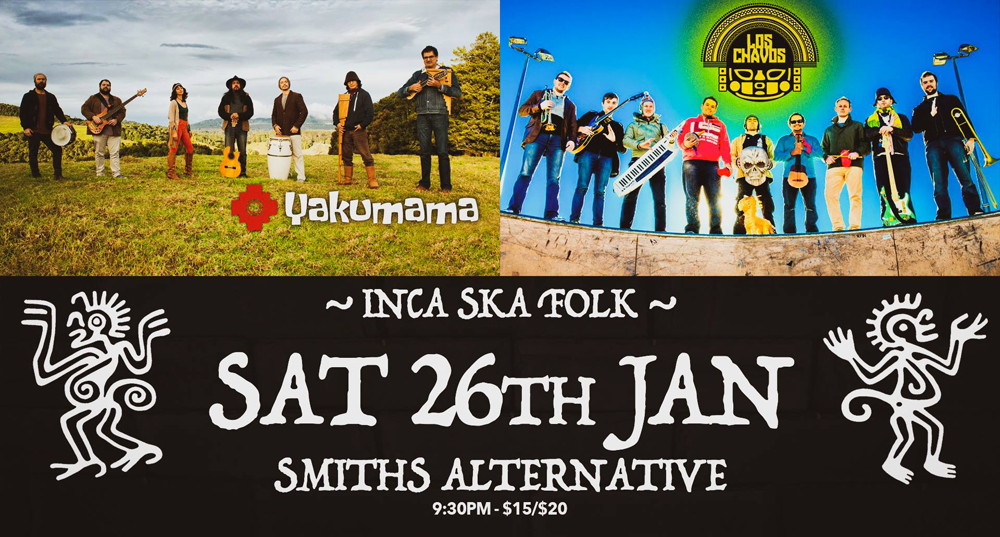 Los Chavos (ACT) are proud to be on the vanguard of original urban latin music in Australia - releasing their debut EP in 2008 - a tight testament to their live sound and their unique vision - before releasing their debut album "SuperMeng" in 2012.
A significant development of their live performances, the album showcased the bands signature energy coupled with complex arrangements and a variety of Afro-Latin rhythms such as cumbia, dub/reggae, merengue, timba and chakarera but never straying too far from their ska/reggae roots. â€‹ Romantic ballads were given a ska/cumbia twist and hard-hitting merengue horns are mixed with calypso-hiphop.
The new LP to be released in late 2019 sees Los Chavos experiment with different rhythms in addition to more songs in English and a renewed focus on the electric guitar.
Having gestated in the nations capital and developed a large following of ex-pat Latin Americans Jazz and funk aficionados and music lovers young and old Los Chavos are ready to take their sounds to a wider audience and cut their teeth around Australia.

Yakumama (SYD) wishes to embody the true authentic soul of the Andes. The music can be described as etheric yet grounded, both healing and evocative drawing on a strong ancestral connection. Yakumama is a bunch of misfits and personalities that have come together to make music that is completely their own.
Hailing from Peru, the band leader Fito, writes all the songs so, their essence, comes from a fusion of music from different parts of Latin America which had evolved in Peru to become new Latin genres. Join them for a Afro Afro Andino Chicha journey!

Jorge Aparcico was born in Lima, Peru and moved to Cusco to pursue his musical career at a very young age. Working as a professional folk musician in many bands and as a producer recording travelling musicians in his studio “Casa del audio “.

In 2006 Jorge a.k.a Fito moved to Australia which gave him the opportunity to study commercial photography and to play with “Los Incas” a Sydney Andean folk band along side flutist’s Manuel Garay, (Ecuador) and Amaru Farrel (long time friend’s from Cusco). Together they are the key-founding members of Yakumama, “ Mother water”