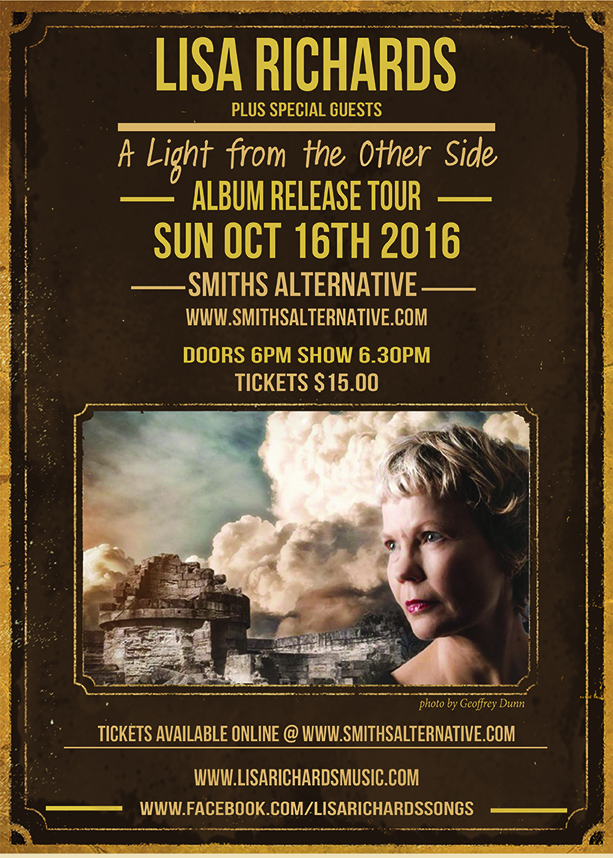 Lisa Richards took her Australian roots and tossed them into the concrete mixer of the New York City and Austin Texas music scenes for 22 years. Now she’s back with her mongrel mix of guitar based blues, roots, jazz and folk. A sound that reviewers call ‘unflingingly honest’, ‘strikingly original’ and ‘breathtakingly beautiful’

After 5 US studio albums, Richards has returned to Australia to release A Light From The Other Side, an album inspired by the crumbling of her 14-year marriage, or as Richards describes it, “a tsunami of change”. She counts her migration back to Australia as the light at the end of a very dark tunnel.

"This is a really good album, original, thoughtful and very beautiful – a grower, if ever there was one."  John Davy No Depression