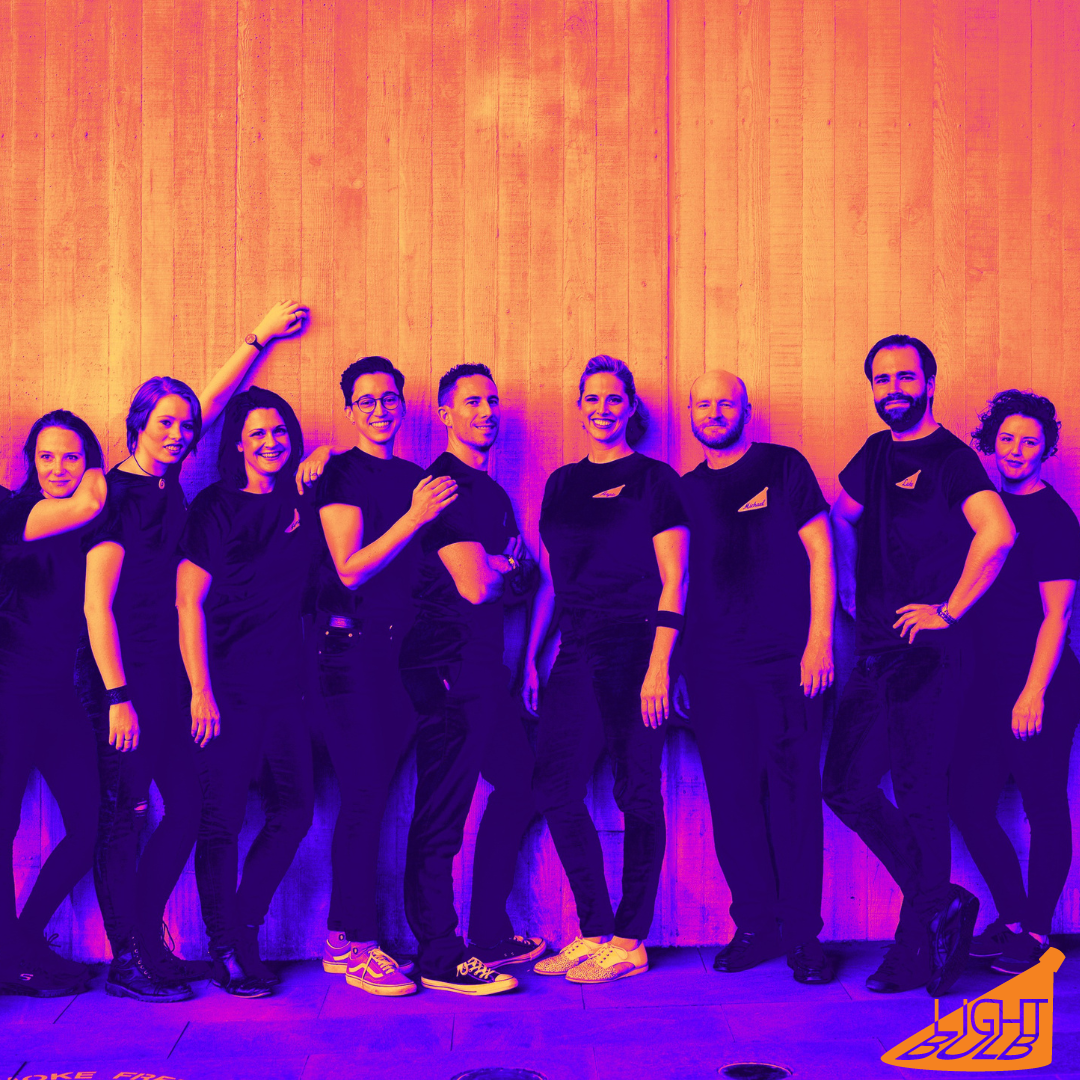 The comedy show that's made up on the spot!

Come and delight in the quick-wit and creativity of improvised comedy masterminds. Combining the wit of stand-up and the intimacy of live theatre, Lightbulb creates memorable stories, colourful characters, enchanting songs and plenty of laughs.

Come join Lightbulb for a night of comedy mayhem that will never be repeated and that you'll never forget!

Lightbulb Improv is Canberra's premiere improvised comedy ensemble.  Since 2016, the Lightbulb Troupe has delighted audiences with their unique flavour of warm, funny and spontaneous theatre. You may have seen their unscripted takes on well-known genres at the Canberra Theatre Centre, such as 'Shakespeare: Off The Ruff' and 'Austen: Under The Bonnet". They have produced and performed shows at festivals and events across Australia and internationally, including Canberra Comedy Festival, Art Not Apart, Brisbane Impro Festival and the National Folk Festival. They love bringing their comedy magic to Smith's Alternative every month.