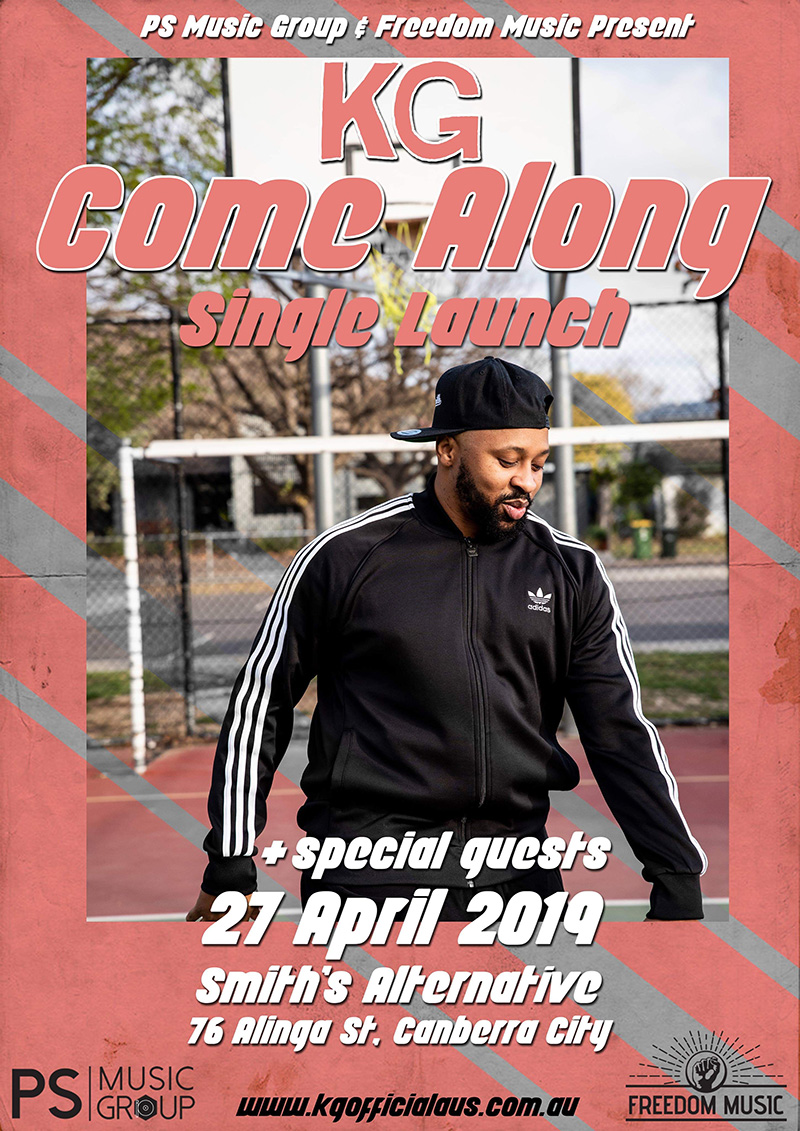 Generating discussion and momentum surrounding his 2018 singles ‘Black Boy’ and ‘Change’, Canberra based hip hop artist KG has returned with the newest entry in his ever developing body of work, ‘COME ALONG’ . As with his previous work, KG uses his platform and craft to educate, encourage and uplift with ‘Come Along’, taken from his highly anticipated forthcoming EP. A fusion of clever production and forward thinking lyricism, KG proves once more that overcoming personal and societal obstacles is achievable with the right mindset and attitude.

When it comes to KG, his status and reputation as one of the east coast’s most formidable hip hop talents has long been set. With hundreds of live shows under his belt, notable performances alongside artists including Lupe Fiasco , Black Milk and Ice Cube and the support from the likes of MTV, Triple J Unearthed, Triple J, Spotify and Channel V , KG’s grind has not gone unnoticed.

For ‘Come Along’, KG links up with Sydney based vocalist and fellow messenger of positivity and encouragement, Mirrah . Charting her own path through Australia’s hip hop and R&B community both as a solo artist and work with L-FRESH the LION , Mirrah brings a fresh influence to an ever diversifying music community, making this new project with KG an ideal creative partnership. Her presence in amongst KG’s rhymes and deft flow elevate ‘Come Along’, bringing light to the dark and added shine to the messages KG’s delivers through his lyrics.

The single also sees KG reunite with long time collaborator, acclaimed producer Taka Perry ( Ruel, OKENYO) . A dynamic combination of minds in the studio, the partnership between KG and Perry has once more resulted in a strong cut of music that lands with poignancy and definition. “It’s a song to encourage others to get through the struggles of live and overcome the hard stuff. Come along on this journey to a better life!” KG