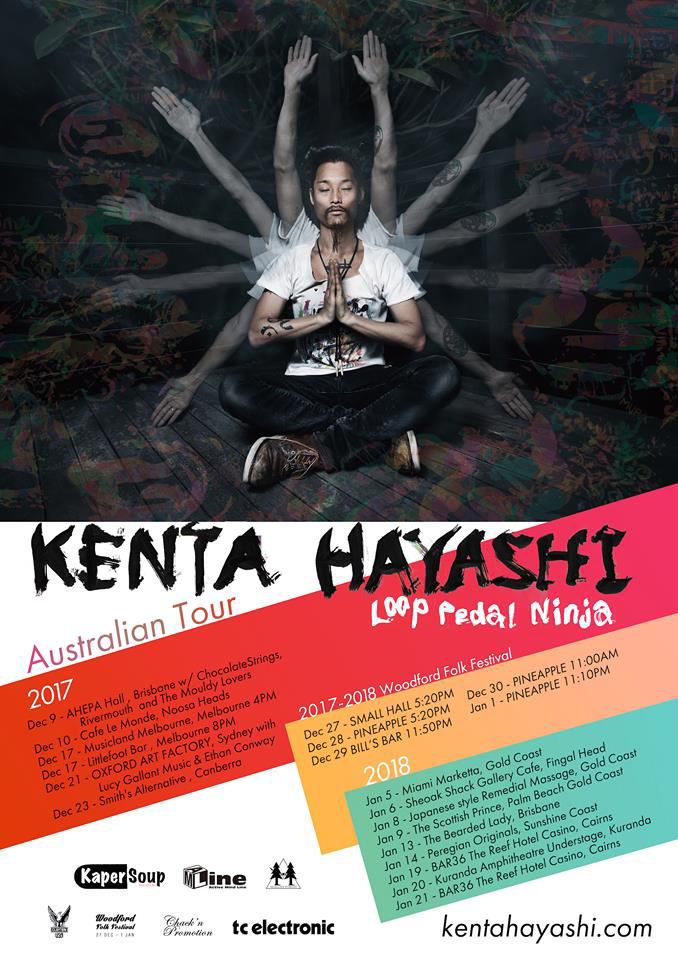 444Hz tuning, Japanese singer-songwriter and loop pedal ninja Kenta Hayashi takes the term ‘one man band’ to the next level, creating an orchestra of sound by layering vocals, guitar, effects and percussion. The result is a fusion of psychedelic dubbed out journeys surrounded by soundscapes and an overtone of harmonies on a rhythmic foundation - all created live by Kenta through the use of his loop pedal.

Kenta focuses on the vibration of music. The vibrations he creates resonate with the natural frequency of the water in our bodies, 444Hz, like a healing meditational process. Kenta's live show is full of epic tension and release. Big layered build ups and sparse breakdowns with trance-like grooves.

Kenta Hayashi has been on his World Tour with many shows and festivals throughout the year. (over 200 shows a year) in 25 countries so far in 2017 including Europe, U.K, Australia, Asia, American, Canada, Mexico, and Guatemala.