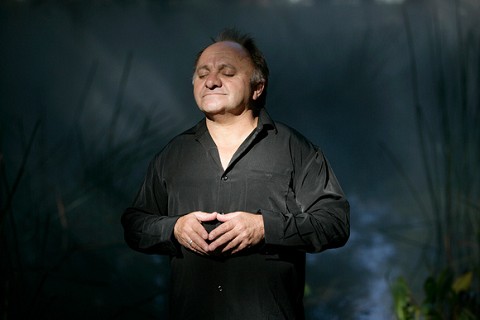 Johnny Huckle is a Wiradjuri man. Small of stature, he is big where it matters (his heart). So big is his heart they recently had to build a bypass around it.

Johnny reaches out through the enormous gulf that divides ‘Aussie’ culture from our Indigenous brothers and sisters. His is a message of love and forgiveness, but also of facing up to the truth of Australia’s dark past. Through Johnny and people like him, we can build the bridges that must be built to save our souls and move forward as a nation and a people, united and wise and at home in our country.

He also knows how to have a bloody good time, get people dancing and laughing, occasionally crying, but then laughing again, and then communing with the universal spirit that can flow through us all, if we but allow it to happen. A Johnny Huckle gig is like drinking the water at Lourdes or contemplating the Mona Lisa’s smile. It’s a visit to a sacred shrine, it’s… I think it’s time to stop, but you get the idea, he’s a bloody national treasure.