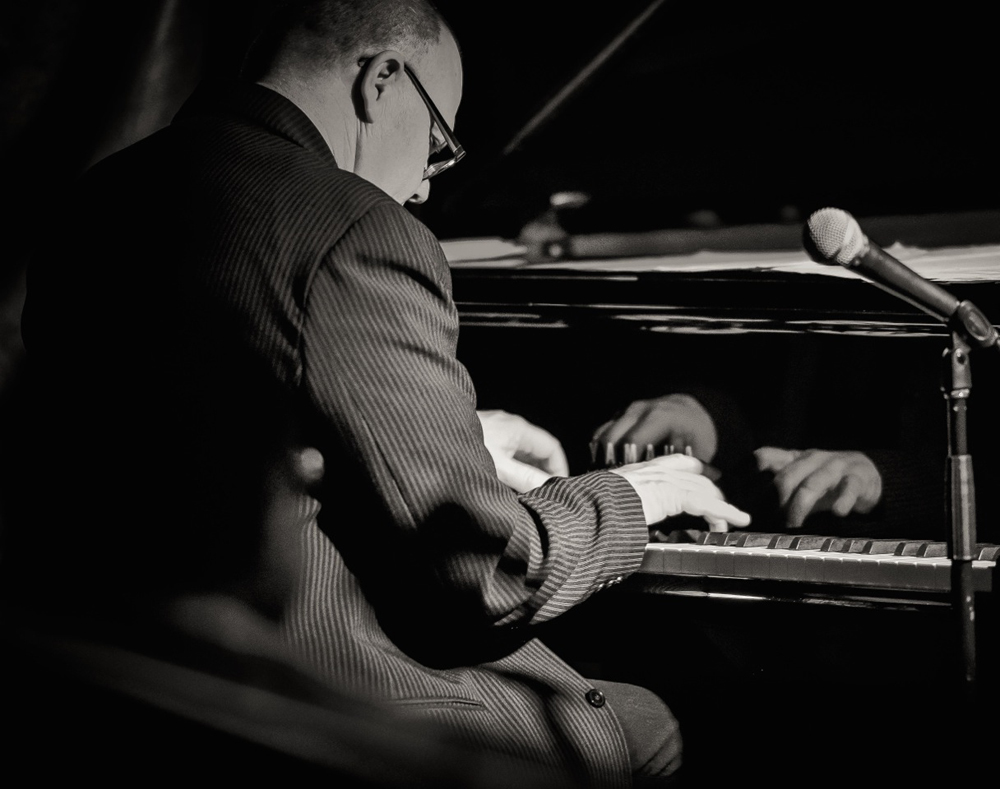 US expat John Harkins is one of Australia's most swinging and dynamic jazz pianists. With local student band, the Adam Davidson Trio

Pianist John Harkins moved to Sydney in 1994. He was born in Elgin, Illinois and moved to Bayonne, New Jersey the same year.

In 1979 he attended the Manhattan School of Music, studying there as a classical piano major until 1984.

In 1980 he met Hank Jones and Tommy Flanagan. Both pianists leaving an indelible mark on Harkins' approach to jazz.

The thriving jazz scene of New York City in the 80's offered a wealth of inspiration. An almost nightly experience of being close up to players like Barry Harris, Cedar Walton, John Hicks, Kenny Barron, and Richie Beirach has shaped the pianist he is today.

Returning to Chicago in 1989, John played regularly at the Green Mill jazz club with Mike Finnerty and the heat merchants. He was accompanist to singers Frank Drone and  Jackie Allen. George Fludas, Eric Alexander, Eddie Dehaas, Jim Atlas, Lin Halliday and Von Freeman are among the great Chicago players John was associated with.