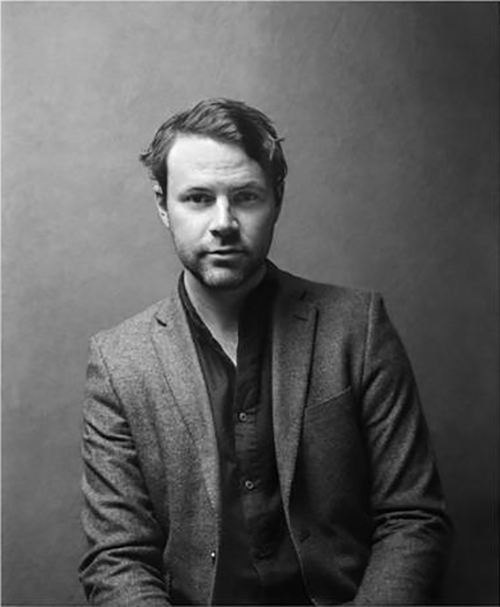 Many things are born of new marriages. Matching linen, tiny humans and for Australian troubadour Jack Carty, a new album - Home State – independently released Down Under on August 5 2016 and debuting at #36 on the ARIA Albums Chart and #1 on the AIR %100 Independent Album Chart.

Home State was performed, recorded and produced by Carty in his little apartment in Brisbane’s Red Hill, during pockets of time between his upstairs neighbours’ tap-dancing and his new wife Natasha’s Netflix addiction.

From the opening groove of All At Once to the closing chorus of Wedding Song each line is considered, each melody evocative; searching, building and questioning, just like the mind that made it.

The driving rhythms and dreamy countermelodies of Instruments and Kindness Is A Dying Art brim with beauty and tension. Berlinbuilds through narrative wit to a blistering guitar solo. This Is What It Feels Like To Die showcases Carty’s knack for a gorgeously devastating turn of phrase; and, if you listen closely, you’ll hear a choir of cicadas lend their charm to the stunning simplicity of A Way With Me.

There is an underlying atmosphere of gratitude to this music, revealing a writer excited about the space he is inhabiting - both figuratively and physically.

Impressively, Carty took on the duties of performing every instrument himself except for the bass, which fell to longtime collaborator Gus Gardiner (Papa vs. Pretty) and a few tidy guitar solos from Jordan Millar. Carty’s cousin Airling and Jennifer Boyce (Ball Park Music) also popped in for scones and harmonies before the completed record was shipped off to Melbourne-based mixing magician Jimi Maroudas (Augie March, Kimbra, The Avalanches).

It is clear that - although Carty’s trademark honesty and hopefulness will never desert him - the lovelorn boy of One Thousand Origami Birds, Break Your Own Heart and Esk has evolved into a man of quiet confidence with a renewed excitement for stories and songwriting. Home State is undoubtedly his most accomplished record to date, in a growing catalogue of critically acclaimed releases.

The past year has been a big one for Carty including: Australian tours with Darren Hanlon, Ingrid Michaelson and (most recently) good friend and favourite Josh Pyke; his own hugely successful ‘Intimate & By Request’ run of shows; two tours the UK and Europetaking in cities from Brighton to Berlin and Spain’s famous Primavera Sound Festival; marrying his illustrator/designer sweetheart, and being named as a recipient of the biannual APRA Professional Development Award – not to mention the celebrated release of Home State and subsequent headline tour of Australia and New Zealand – his biggest and best yet.

Following it’s momentous home-soil reception, Home State has been picked up for U.K release via Gilded Lily Records/Absoluteand Jack will round out 2016 on his first ever headline tour of the British Isles, taking his ever-growing swag of well-travelled songs to an ever-expanding community of dedicated listeners.