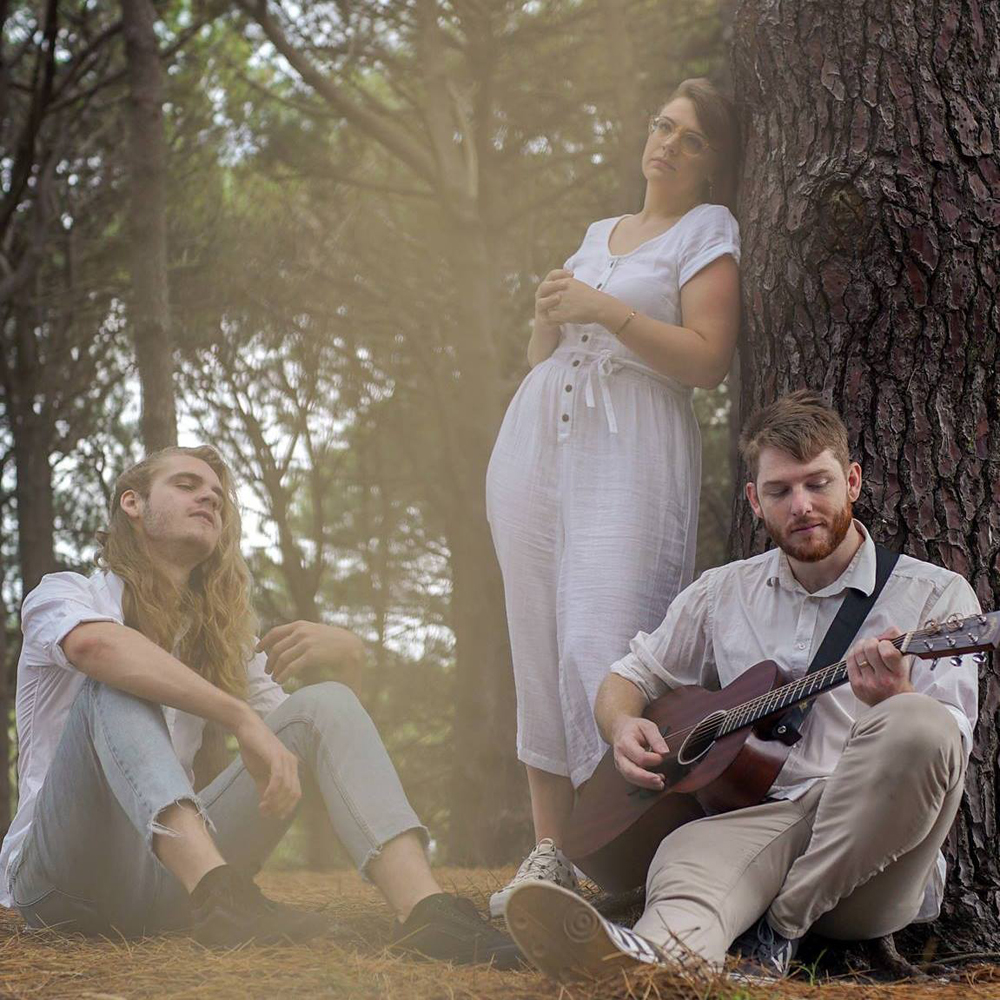 Honest lyrics and acoustic driven tunes matched with sweet and soaring electric tones that leave you feeling awash with hope.

Sydney based alt indie band Heirs have been slowly gathering momentum as they prepare to release their first full length album.

Their honest lyrics and acoustic driven tunes are matched with sweet and soaring electric tones that leave you feeling awash with hope. For a relatively new band they have a distinctive sound, showcasing powerful vocals and warm three part harmonies.

Recorded in the solar powered and completely off the grid cabin ‘Blue Sky Studios’ in the leafy Blue Mountains, Heirs debut album is an journey through struggle, joy, despair and hope – underpinned with a strong sense of purpose.

The three piece are taking their first major release on the road across Australia this winter. Be sure to catch them, along with a collection of friends, at a show near you.

Supporting Heirs is Mickey Sulit, a 20-year-old solo singer-songwriter from Canberra. Her genre is a mixture of Indie-pop and a hint of jazz. She has created a name for herself through exposure in various festivals like Wanderland Music & Arts Festival (Manila, Philippines) and major events across Canberra and in the NSW region.

Mickey was featured on the popular radio station Hit104.7 and has supported The Voice Australia, Amber Nichols as well as Mark Bautista’s Australian tour. Mickey normally performs solo but every now and then, she gets together with her band to keep her company on bigger stages.