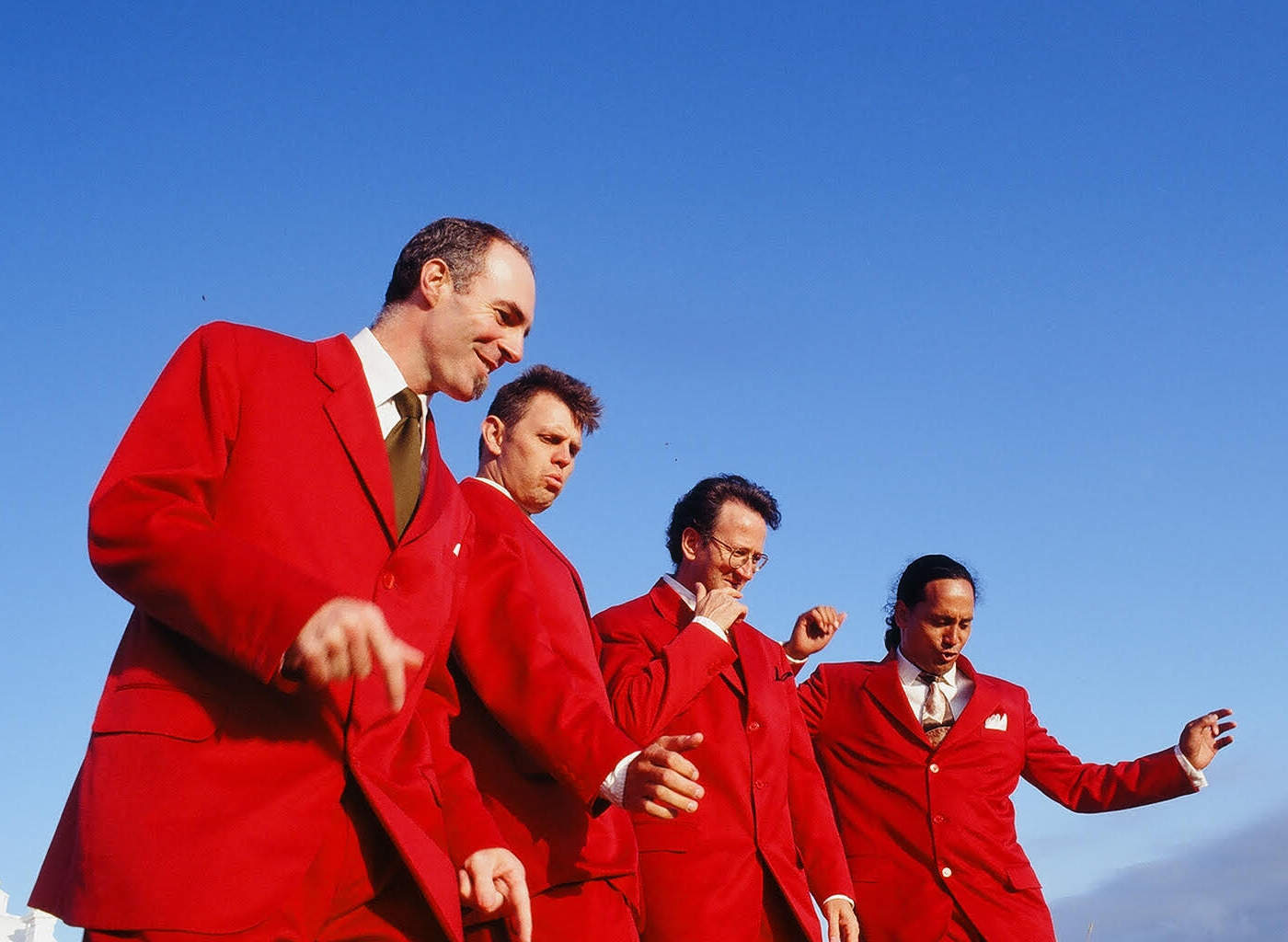 The Heavenly Light Quartet has been digging up the roots of Soul and RnB music since 1996, reviving in detail and in spirit the Black Gospel acappella music of the male gospel quartet during the so-called ‘Golden Age of Gospel' (1940-1960).

Back in 1996 Tony Backhouse (Cafe of the Gate of Salvation) formed the group to explore the intricate, rhythmic and fiery songs by the classic great Gospel Quartet groups like the Dixie Hummingbirds, the Swan Silvertones, the Soul Stirrers and the Golden Gate Quartet. Since then they have performed at many major Arts, Music, Jazz, Blues, Folk, World Music, Sacred Music and Acappella festivals in Australia, Spain and France, and recorded with Renee Geyer, Tim Finn and Harry Manx.

The line up is unchanged since 1996 : Tony Backhouse, Rob Maxwell Jones, William Selwyn and Stuart Davis. This is the group’s 2nd album, recorded at Studios 301 this year by Owen Butcher.

Get the album on BandCamp

"brilliantly and passionately executed ... tenors who can blast like trumpets
and float up into a heavenly falsetto”
The Sydney Morning Herald