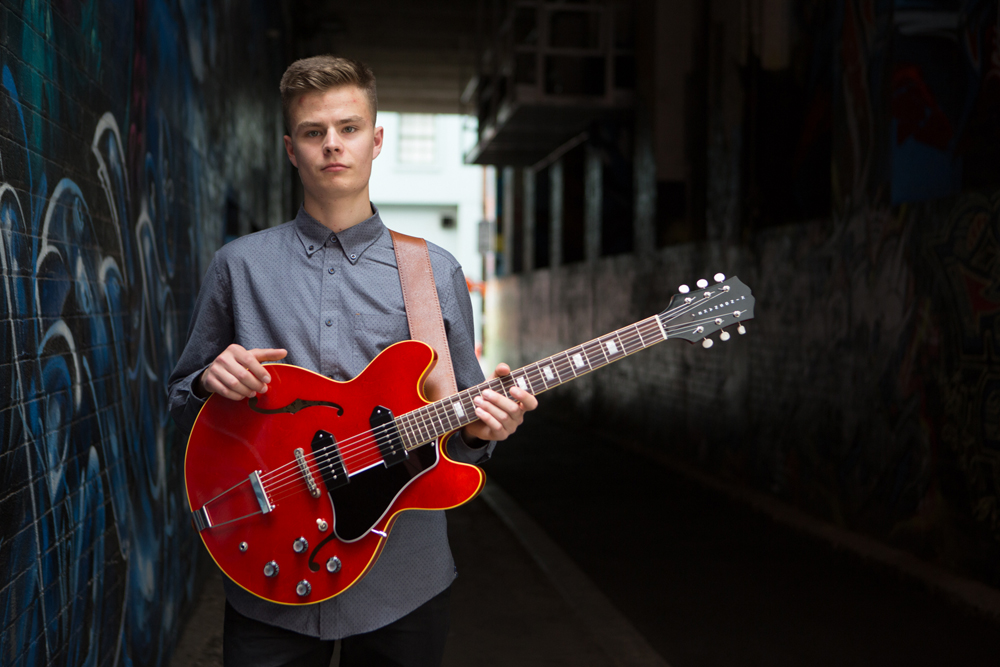 Melbourne-based jazz guitarist and composer, Harry Tinney, is completing an east coast tour with his quartet in December this year.

Melbourne-based jazz guitarist and composer, Harry Tinney, is completing an east coast tour with his quartet in December this year. The band will play shows in Harry’s hometown of Canberra, as well as Sydney and the Blue Mountains. For this tour, Harry will be joined by frequent Melbourne collaborator Paddy Fitzgerald (double bass), as well as outstanding Sydney-based musicians Lachy Hamilton (tenor saxophone) and Alexander Inman-Hislop (drums). For this performance, the quartet will be exploring Harry’s modern jazz compositions.

Harry is quickly establishing a name for himself as part of Melbourne’s improvised music scene. In just over two years in Melbourne, Harry has played in the bands of notable Australian jazz exponents Barney Mcall, Julien Wilson, Robert Burke and Tony Gould. Harry played on Barney Mcall’s vinyl launch of acclaimed album “Mother of Dreams and Sectrets”, as well as the album launch for Mcall’s large ensemble work “Zephryix”.

Harry was awarded the Allan Zavod Composition Prize in 2018, the Zelman Cowen School of Music Bornstein Jazz Guitar Prize in 2017, and was nominated for the Vice-Chancellor's Scholarship in 2017. Harry regularly performs as sideman and leader at many of the prestigious jazz venues the city of Melbourne has to offer. Harry held a two-year residency at the Moat Bar in the CBD with his guitar trio, and now curates a weekly duo project at Spencer & Co Wine Bar in Carlton.